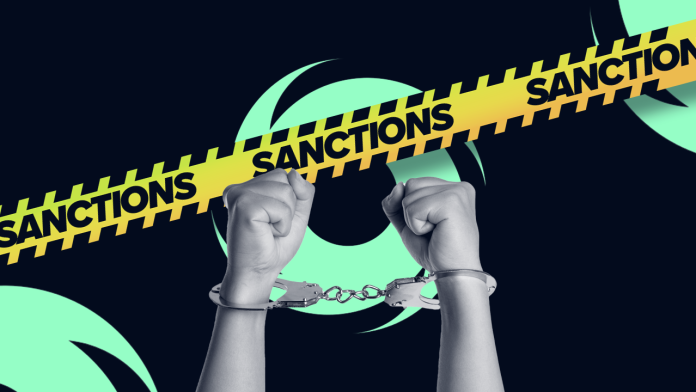 tl;dr Summary: After the US Treasury announced Sanctions on Tornado Cash, a suspect was arrested in the Netherlands and has remained imprisoned for ten days without charge. The episode has sparked a fierce debate about the right to privacy and free speech.

On August 8th, the US Department of the Treasury announced controversial sanctions on the cryptocurrency mixer Tornado Cash. The sanctions made it illegal for any US citizen to interact with the protocol. Cryptocurrency mixers, or tumblers, are smart-contracts that function to anonymize cryptocurrency transactions by obscuring the blockchain transaction history. As such, mixers are known as privacy preserving protocols, but carry an uneasy association with money laundering and criminal activity.

The Treasury Department cited these links to criminal activity as the reason behind the sanctions, stating in their official press release that Tornado had been used to launder more than $7 billion worth of cryptocurrency since its creation in 2019, including over $450 million linked to North Korean state-sponsored hacking group Lazarus.

Whilst it is certainly true that Tornado is used by cyber criminals, the $7 billion dollar figure quoted represents every single transaction ever mixed by the protocol, and thus assumes there are no legitimate reasons to use Tornado. This is far from the truth according to blockchain analytics company Chainalysis, who found that only around 10.5% of transactions on Tornado actually carried links to illicit activity. Ethereum founder Vitalik Buterin is just one high-profile name who has admitted to using the platform in the past, stating he used the mixer to anonymously donate to victims of the war in Ukraine.

The implications of the move have been wide-ranging. As soon as the sanctions were announced, the Tornado Cash website was taken down and the previously open-source code was removed from GitHub, with co-founder Roman Semenov’s account suspended. Centralised stablecoin provider Circle blacklisted any $USDC held in wallets associated with the protocol, and DeFi protocols such as Aave and DYDX began to block wallet addresses that had previously interacted with tornado cash.

The sanctions were met with grave concern in the cryptocurrency community. It is the first time in history that the US Government has moved to sanction the use of ‘code’, and this has raised questions about the legality of the move. Back in 1997 it was established in a United States courtroom that code is equivalent to free speech (Bernstein v. US Department of Justice), which would imply that these sanctions are a violation of the US first amendment. Cryptocurrency lobby group Coin Center have already announced their intention to challenge these sanctions as unconstitutional.

In perhaps the most concerning development so far, alleged Tornado developer Alexey Pertsev was arrested in the Netherlands on the 10th August. The arrest was announced by the Fiscal Information and Investigation Service (FIOD), who are responsible for the investigation of financial crimes in the Netherlands. The agency stated:

Ten days on from the arrest, Pertsev remains behind bars, and it is reported that his wife, Ksenia Malik, has been denied contact with him throughout this time. Malik has described the authorities treating her husband as ‘a dangerous criminal’, and has organized a rally for the 20th August in Amsterdam, entitled “Stand up for privacy, free speech and open-source software!” The event description summarises why so many are so concerned by the arrests:

The website https://setalexfree.nl/ has also been set up to raise awareness, and compares Alex’s arrest to arresting the manufacturer of kitchen knives for a domestic murder. Similar analogies include arresting the CEO of Boeing for building the planes used in World Trade Centre attacks, or arresting the inventor of a pressure cooker for inventing something that can be turned into a bomb!

The full details of the arrest remain unclear, and it is thought that no charges have been brought against Pertsev. If, as suspected, the arrest is for Alex’s role in developing the open-source code that is used in Tornado cash, it would appear that a deeply concerning precedent has been set.