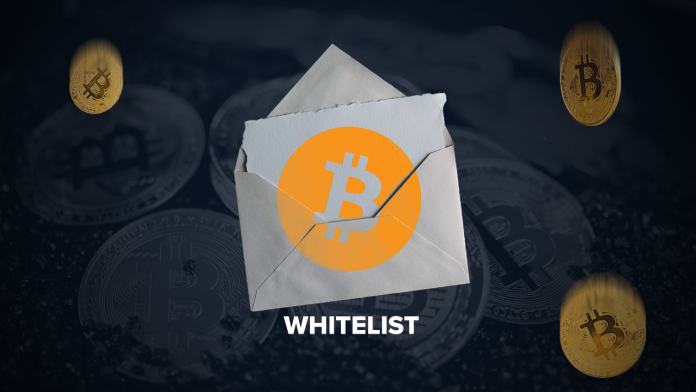 tl;dr Summary: A new proposal for a change to Bitcoin’s code would make it so users could only send bitcoin to addresses they whitelisted. This has stirred a controversy with some claiming that it creates a way for tighter regulations from governments and removes the privacy aspect so fundamental to the blockchain.

Every country has its own currency. That currency is typically controlled by specific government organizations responsible for setting specific parameters about it such as supply count, distribution and development, to name a few. Bitcoin is seen as the currency free from control and having no single governing body. It is distributed peer-to-peer and depends on the blockchain that underlies it for its function. But some mechanism has to exist to allow development and change for it to progress with user needs. This mechanism is called a Bitcoin Improvement Protocol (BIP).

What is a BIP and where does it come from?

Basically, a BIP is a text document that describes a proposed feature or an existing feature that is written with the intention to make improvements in Bitcoin. It is stored in a GitHub repository, which is the platform to access all of Bitcoin’s code and see how it works. Anyone can make this document and then present it in the repository. After you make it, it is viewed by the editor and then given a BIP number. From there on it is contested by everyone who is a part of the Bitcoin network, so just scribbling some features by yourself won’t effect change!

Bitcoin is the people’s network, so not a single party will contest your proposal. Rather, the parties responsible for checking and analyzing your proposal are the miners, developers, node devs, user wallets, merchants, and exchanges. Each one of them is responsible for auditing the proposal and deciding if it would benefit Bitcoin in any way. All of the types of people mentioned must agree on the changes and a majority must be in favor for the proposal to become a feature. It is often believed by beginners in the space that the miners dictate the changes which is absolutely false as all the different types of people have a vote. These changes are called forks, which you can learn more about here.

The BIPs are important such that they allow Bitcoin to move with the progressing world and better function for the people. As a matter of fact, the code written by Satoshi in 2009 is now only 15% of the whole Bitcoin code today with new features, updates and improvements being made progressively. This shows how important these protocols are and how diligently the people involved in accepting the proposals make sure it benefits the network.

What’s so special about BIP119?

There have been many BIPs since the advent of Bitcoin, the most notable ones being Segwit, which allows more scalability, and Taproot, which was meant for an enhanced privacy feature.

BIP119 was presented by Jeremy Rubin who is the founder of Judica, a Bitcoin research and development organization. The thing about BIP119, also called Operation Check Template Verify (OPCTV), is that it aims to introduce the ‘whitelisting of address’ and the possibility of smart contracts on Bitcoin. It achieves this by doing one transaction in which specification of the sender, receiver and a ‘check function’ is present. The function checks to see if another transaction done at a later time matches the code of this one and executes it if the condition is met. This is similar to setting aside all the items you want from a supermarket, then later on when you want to purchase them you just have to take the basket to the cashier rather than looking for the items again.

How would this benefit Bitcoin?

The prominent feature that would be added to wallets would be enhanced security. You would be able to predetermine addresses that you can send your bitcoin to, making a hacker unable to withdraw your bitcoin to his address. In addition, it would allow your offline cold wallet to transfer to your spending wallet easily without taking the cold wallet online.

The next feature is the enhanced scalability and predictable fees. You might have faced a situation where you go to your exchange and they fail to withdraw your coins. With this upgrade the exchange could pre-set a transaction that has all the specifications of your withdrawal and predetermined fees so that you could, at any time, send that transaction. This is similar to smart contracts in Ethereum where you lay down a contract in which you determine where you spend your ether once you interact with it. This Bitcoin proposal will make this possible by setting ‘predetermined transactions.’

Andreas M. Antonopoulos, a Bitcoin OG (original), was vocal about the harmful aspects of the upgrade. In his latest livestream, he explained how some coins in the Bitcoin network would become such that they could only be sent to a predictable amount of addresses, making them unique. It would ultimately lead to these transacted coins being different from the rest because of the sending and receiving restrictions. This would give regulators a way to put tight restrictions on each transaction, such as the government setting a specific address which must be included in each transaction in order for the transaction to be verified and tracked, rendering all other transactions as illicit. This would kill the censorship-resistant nature of bitcoin.

Jeremy, who submitted the proposal, shot back by saying that the exact same thing can happen with the taproot fork, but emphasizing that it doesn’t because of the community needing to approve changes.

A cypherpunk, Nadav Ivgi voiced his concerns about the livestream by a thread on twitter. He explained how this upgrade is limited and won’t make the coins completely unique from the rest. He also reiterated that whitelisting of addresses is possible for one address but when the transaction is done, the same restrictions don’t apply for the next transactions.

Andreas also raised the fact that this upgrade was being implemented through the ‘fast way’ by being made available to the miners first rather than all the voting parties. This makes one wonder what the hurry is for such an upgrade.

Bitcoin upholds the value of security better than any other cryptocurrency invented. Allowing smart contracts on it might go against what it was meant to be—just a currency. Other blockchains were created specifically for smart contract implementation, such as Ethereum, so some argue that Bitcoin should be left without the ability. Bitcoin maximalists hold Bitcoin as the perfect monetary system, so anyone going against the original ideology tends to either lose their reputation in the space or are ostracized from the community.