Bitcoin Set to Rally or Crater? 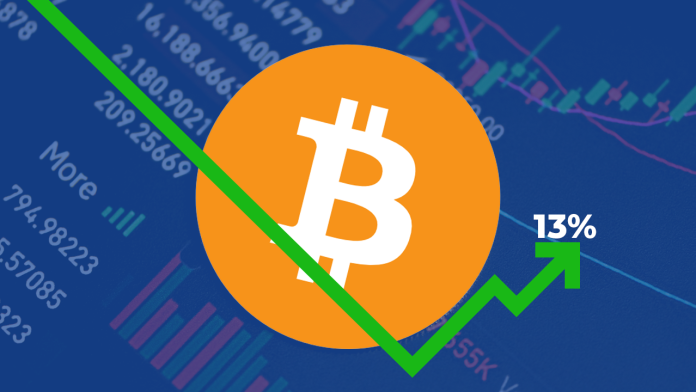 tl;dr Summary: On June 18, 2022, the price of bitcoin dropped below $19,000. That drop in bitcoin was the lowest price the cryptocurrency had hit since 2020. Since the middle of June, the price of bitcoin has continued to bounce above and below the $20,000 price as experts weigh in making both bear and bull cases for the coin’s future. In this article, we examine both the upside and downside scenarios for bitcoin and point out some upcoming events.

On June 18, 2022, bitcoin dipped below $20,000 for the first time since December 2020. While the $20,000 price is somewhat arbitrary, it has sparked a myriad of discussions surrounding the future of Bitcoin and crypto currencies as a whole. On one side of the argument, you have Crypto enthusiasts that see this dip as a perfect opportunity to get rich. On the other side, you have skeptics predicting another 50% drop in price before any upside is achieved.

Whether or not you believe Bitcoin is a practical piece of technology or an outdated vestige of early innovation, the role Bitcoin has played in the media cannot be denied. It represents a bell-weather of the overall blockchain industry—an indicator that people look towards to determine whether or not crypto is catching on or collapsing.

So with supporters and skeptics on either side of the $20,000 price barrier, what are people saying about the future of bitcoin?

Markets in the first half of 2022 had its worst performance in 50 years and while many had thought of crypto as a digital asset insulated from the impacts of inflation, the over 60% decrease in cryptocurrency from its highs has indicated otherwise. To say that crypto has had a mixed year is somewhat of an understatement.

While the first quarter of 2022 saw record levels of investments in crypto with $9.2 billion in total investments across 461 blockchain-focused startups, the second quarter of 2022 saw one of the worst performances. The new digital asset market for cryptocurrency which once saw astronomical highs of $3 trillion market cap has now dipped below $1 trillion.

In the backdrop of the crypto investment craze, there have been several catalysts influencing a more volatile pricing behavior. Notable events such as new regulatory actions by governments including the U.S., NFT scams that have scared new investors, and alt coins that have rug-pulled existing investors are just a few incidents that have brought skepticism to blockchain technology.

While bitcoin has stayed strong through a majority of the aforementioned events, the recent crypto market contagion stemming from crypto lenders bankruptcy filings in concert with rising inflation has casted doubt on whether prices have bottomed out at a 60% decline or if there is more to go.

The people on the downside of this argument are pointing towards the recent events in crypto as an indication of its future. Bears point to early ICOs and NFTs as an indicator that crypto is a greater fools paradigm that has yet to create concrete and tangible value to consumers.

The demise of high yield lending platforms and the prominent hedge fund Three Arrows Capital (3AC) have just added further fuel to the fires of bears that are certain that bitcoin will drop well beyond the $20,000 price level.

With inflation concerns growing, bears don’t see high risk, speculative assets like bitcoin maintaining their sheen and fervor. Bears see this crypto winter as a pivotal and scary moment for the nascent technologies’ future. Consumers aren’t likely to fall for the same hype that originally brought them to the space originally and unless compelling new creations that leverage blockchain are created, crypto could be at risk of icing over.

The people on the upside of this argument point towards the incredible funding that crypto has received over the last year. If you look at funding in 2021, the majority of funds were allocated towards crypto exchanges like Gemini, KuCoin, and FTX. Getting crypto into the hands of users is a natural first step for dapps and other innovative blockchain technologies to be tested.

If you look at 2021 as a year of making blockchain technology accessible, 2022 would intuitively be the year for new experiences to be created. While the recent experiences have been primitive or incomplete, lessons learned from these early creations are likely to inform new applications in the future.

Take The Sandbox, for example. It is a game that has received a lot of excitement from the community including millions of dollars spent on their token and NFTs. And yet, the game is not even fully released for individuals to play. Additional applications that sit on the horizon including Disney’s collaboration with Polygon, DAO governance & infrastructure tools, and overall improvements to user’s web3 experience still have the potential to meaningfully justify the application of crypto.

While crypto has received a high volume of negative press since the beginning of the year, there still seems to be a lot of excitement in the space. For many, it seems that the correlation in crypto prices should be inherently correlated to the growth and development of the technology. This, understandably, has not been the case. Blockchain technology still has a long way to go and the correction that the industry is seeing is likely a result of people being realistic about its growth.

Is it the end of blockchain technology and web3? Probably not.

Bear markets such as these often push out investors that don’t view their holdings as a long-term investment. While it is easy to understand a bear’s viewpoint on the crypto space, the industry seems to have enough traction that a meaningful bottom can be found. Whether or not bitcoin’s true bottom sits around $20,000 is up for debate. But as long as new ideas sit on the horizon for crypto, it is unlikely we will ever see the price of bitcoin fully collapse.