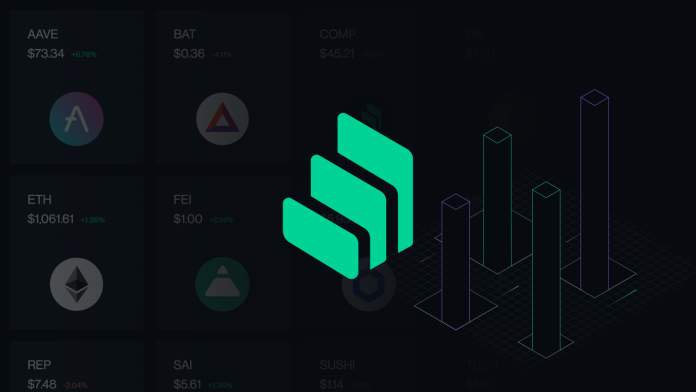 On June 30, Compound Finance, the first DeFi money market, released the source code for its upcoming iteration, Comet, also referred to as Compound III by its community.

Comet forms the basis of their multi-chain strategy in which a copy of Compound can be deployed and run on any EVM-compatible blockchain.

Compound is a decentralized application that allows users to lend and borrow crypto. It is deployed on Ethereum and uses smart contracts to manage the borrowing and lending activities on its platform instead of a centralized intermediary like a bank in traditional Finance.

It supports borrowing and lending in twenty different tokens, including DAI, ETH, USDC, wrapped BTC, and others. As a lender, you can deposit your assets on the platform at a specific interest rate of return and borrow against it. For example, if you deposit 1000 Dai worth $900 and Compound has set the borrowing limit (a.k.a. collateral factor) for Dai at 83%, you can borrow $747 worth of any other crypto the Compound protocol supports.

Just like a loan taken from a bank in traditional finance, as a borrower, you need to pay interest on the money you borrow.

What is a multi-chain Compound?

Compound has been researching new technologies and approaches for its market to include assets that are not native to the Ethereum ecosystem, which includes other layer-1s like Solana, Polkadot, and layer-2s like Polygon, Optimism, and others.

Their work focused on “Gateway,” a stand-alone distributed ledger with connections to external chains called “starports” used to connect these assets.

But while working on this model, the team faced several technical difficulties. With the recent evolution within the EVM-compatible blockchain landscape, the group decided to pivot away from the model and launch a Compound presence on EVM-compatible chains as fragmented markets. The community on the new chain will also have the power to choose to upgrade to a multi-chain market if and when they decide.

On June 29, Compound released a code repository called Comet on testnet that allows a version of the Compound protocol to be deployed and run on all EVM compatible chains.

Also known as Compound III, this version will have several changes compared to the existing protocol. It includes a single borrowable (interest-earning) base asset. Price feeds from Chainlink oracles and a liquidation engine redesigned to increase the protocol’s safety while preserving liquidator incentives.

The new code will allow developers to plan integrations with Comet, audit and recommend code changes, and suggest improvements to the protocol.

Being restricted on Ethereum has impacted Compound’s total value locked (TVL). In contrast, Aave’s TVL has steadily increased due to its growth into additional layer-1 and layer-2 networks.

The community received the new development well, with some even contemplating liquidating their Aave positions and migrating to Comet on a Layer-2 chain.

In the upcoming weeks, the team will examine the testnet behavior and wait for the community to complete the audit. Once done, the initial release will be done on Ethereum, followed by other EVM-compatible chains down the line.