DAI to Become Less Reliant on US Dollar, Says MakerDAO 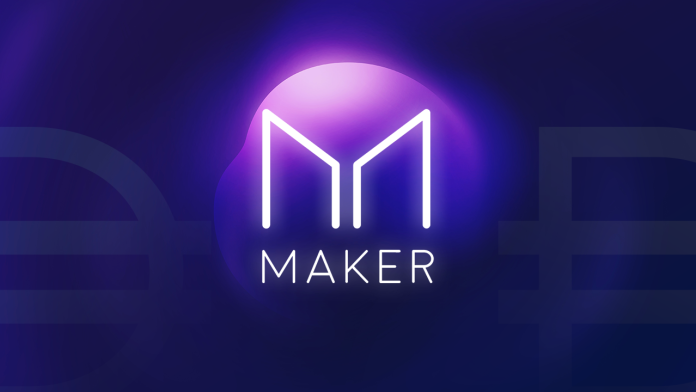 tl;dr Summary: MakerDAO’s ambitious plan seeks to reduce its dependence on “real world assets” like US dollars. In its well-laid-out plan, DAI will remain pegged at 1:1 to the USD for at least three years, followed by a possibility of de-pegging, which the plan calls “free-floating.”

The recent aftermath of the Tornado Cash story, especially Circle freezing 38 USDC wallets and the subsequent arrest of a developer, was a “wakeup call,” according to Rune. One that has forced MakerDAO to consider the risks and consequences of being a decentralized DeFi entity.

The entire blockchain ecosystem depends on real-world assets (RWA) like USD. This nascent industry has always considered this a justifiable risk and never viewed it as an immediate threat.

Rune gives two reasons for this. First is the belief that an attempt to seize RWA or freeze them by the authorities would be shared in advance to minimize the impact on innocent end users. Second, after the seizure of RWAs, these end users would have some way of recovering their money back. Both of these assumptions were proven false by the Tornado Cash sanctions, as pointed out by Rune.

Rune adds, “This means the consequences of not being compliant and not becoming a bank are extremely severe. They’re not something you can just gamble with, especially not when it pertains to peoples savings.”

MakerDAO knows that the option of becoming a bank is not available to them because of the way it is engineered. “Dai is actually a truly decentralized stablecoin in this sense,” Rune says. So the only real option left for MakerDAO is “limiting our attack surface to physical threats, and specifically our RWA collateral as a percentage of the total portfolio.”

The new “collateral strategy” that decides the RWA exposure DAI will have going forward is laid out in another document called the “Endgame plan.”

The Endgame plan proposes, among other things, three phases, called “stances,” with varying degrees of RWA exposure, starting with a high to zero exposure.

The Pigeon stance is the current state of the protocol, with unlimited RWA exposure to maximize growth and allow the protocol to accumulate ETH. It is the preferred stance, albeit vulnerable to sanctions, and the protocol would like to continue this for at least three years.

After three years, it will automatically switch to a more balanced stance called the Eagle stance. This switch will be programmed as a “difficulty bomb,” but the community can collectively decide to delay it.

Also, if the protocol reaches 75% decentralized collateral during the Pigeon stance, it will switch to the Eagle stance.

The switch can happen earlier if there are indications of an authoritarian attack on DAI to steal its RWA collateral.

The Phoenix stance will be triggered when there is clear evidence of an incoming attack or if one has already happened and all of DAI’s RWA is seized. In this stance, DAI will end up with no sizable exposure to RWA.

Moving away from RWA will most likely result in DAI de-pegging from USD, referred to as “free-floating” in this plan.

“The only way to guarantee a hard limit on RWA exposure is to allow DAI to free float, as excess demand for DAI may not be able to be met with additional supply backed by fully decentralized assets such as ETH,” Rune adds.

This supply constraint and the continued demand may force the price of DAI to surpass $1 due to fewer ways to produce additional DAI.

The only way to deal with this situation would be to try and reduce the demand and find more ways to improve the supply of DAI.

According to Christensen, “The only way to then deal with this imbalance…is to introduce a negative Target Rate, that would cause the price of DAI to free float away from 1 USD to a lower exchange rate, driving away DAI demand and increasing DAI supply as it becomes cheaper to generate with decentralized vaults such as ETH.”

So, in a nutshell, reducing exposure to RWA will possibly result in an upward movement of DAI with respect to USD and then have negative interest rates to bring it towards and below 1 USD.

Although this mechanism can control the free float away from the USD, it raises another question: why would anyone want to hold an asset that loses value relative to the USD?

Rune understands this predicament and has cleverly devised another plan to counteract its effects. He intends to use this situation to its advantage by encouraging users to use DAI to swap with newer, more valuable assets.

MetaDAOs are subDAOs that are smaller, specialized DAOs tied up to the main DAO.

It is analogous to a large organization like Alphabet, which has Google as its core driving force along with other, more risky businesses like Nest or Google Ventures operating independently alongside.

Rune built on this phenomenon to create the concept of MetaDAOs to unlock hidden value in the Maker universe.

These MetaDAOs will focus on one specialization allowing Maker to replace its current monolithic governance structure with separate, smaller DAOs that work in parallel and scale.

Each MetaDAO could behave like a blockchain project like DeFi dApps or NFT marketplace, with its own token that DAI holders could swap for and then yield-farm these tokens.

Endgame is an ambitious plan that appears to cover all the bases, but could its reliance on ETH be the Achilles heel? The recent concerns about the possible loss of decentralization within Ethereum post-Merge appear to be a concern. If Ethereum itself gets compromised by authorities, then how will MakerDAO survive? Time will tell.