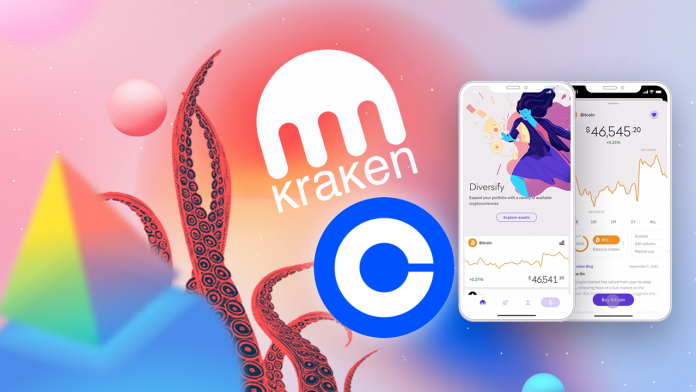 tl;dr Summary: The Merge marked a momentous occasion for not just the Ethereum community but all blockchains. Fear and doubt over the level of decentralization post-merge have become a concern for everybody as a handful of actors now control more than 60% of all staked ETH tokens on the chain.

With the Merge, Ethereum has successfully transitioned from being a proof-of-work blockchain to proof-of-stake. The most significant outward impact of this will be on the chain’s energy consumption, which will reduce drastically by 99.5%, according to the Ethereum Foundation.

However, analysts who had raised concerns about growing centralization before the changeover are concerned that a handful of corporations control the proof-of-stake mechanism that underpins the blockchain.

If the data is seen for the category of stakeholders instead of individual names, we see that liquid staking takes up 33.2% compared to centralized exchanges with 30.9% of all staked ETH.

Security experts warn that if Ethereum validation grows too centralized, the prospect of a “51% assault” becomes more than theoretical.

In contrast to proof-of-work, which takes a significant amount of hardware and energy to create and operate a blockchain’s network profitably, proof-of-stake relies more on people purchasing, keeping, and staking vast quantities of the network’s cryptocurrency.

Although it may appear that this difference would make a proof-of-work network more decentralized and less prone to censorship, that may not necessarily be the case.

The case and point is Bitcoin, where miner distribution sees the same centralization.

Censorship on Ethereum could come in two forms.

The second scenario is “permanent censorship,” in which validators with more than a 51% stake completely block certain transactions from being added to the blockchain resulting in a soft fork or an alternate version of the Ethereum blockchain devoid of these sanctioned transactions.

While this situation is unlikely, Ethereum core developers are still studying solutions to avoid temporary and permanent censorship.

What do the validators say?

The willingness and ability to comply with censorship amongst the centralized validators is unclear. Still, since there is much more at stake here, it would be safe to assume they would at least not be as willing to comply as Circle, GitHub, or Infura because it would threaten their whole business.

According to Anthony Sassano, founder of Ethhub.io, “I think that exchanges attempting to attack the chain would mean death for their businesses. This is because the ETH that the exchanges control is not their own – they are customer deposits. If an exchange attacks the Ethereum 2.0 chain and gets slashed, it is their customers’ ETH they are losing.”

The situation with decentralized staking providers like Lido differs from centralized exchanges.

Although Lido has the biggest slice of the staking pie, it is not one singular entity but a conglomeration of 25 distinct staking providers.

This means that Lido, on its own, cannot make a unilateral decision in favor of censorship but instead would require a consensus amongst these 25 entities first. Lido is also a DAO governed by its token, and every token holder has a say in its decision-making, unlike centralized entities like exchanges.

On a recent podcast, Ethereum researcher Justin Drake said, “Lido is working on another proposal where the stETH (staked ETH) token holders can veto any decisions made by the governance token holders. Even if the Lido token is compromised by a 51% attack, they cannot push bad governance decisions.”

Lido is also aware of the attention it has drawn towards itself due to its staked ETH market share, but it sees itself as the opposing force needed to counteract the growing presence and influence of centralized exchanges in this market.

It is also working to better its platform by researching ways to make it easy for people to join as validators in an attempt to be more permissionless.

Since the problem of censorship surfaced, Ethereum’s core developers have also studied and shared techniques to combat it. Vitalik Buterin responded to a Twitter discussion in support of punishing validators who participate in censorship.

According to Anthony, “we can fall back to the in-built mechanisms of Ethereum’s Proof of Stake such as slashing coupled with social consensus to fork out the attackers (essentially forking off the chain where the attacker has the majority).”

Slashing refers to burning a portion of the stake kept as collateral by the validator as a means of deterrence.

There are other more restrictive steps. Developers, for example, can consider introducing a “user-activated soft-fork” (UASF) to counteract a potential 51% censorship that results in an alternative version of the Ethereum blockchain.

“If a dishonest majority tries to attack the protocol with something like censoring, the approach is a UASF from the community to throw them out of the network and burn their stake,” says Lefteris Karapetsas, an Ethereum developer and founder of Rotki.

But Anthony puts in a word of caution by adding, “I do want to note that even though I make this sound easy, it certainly is not and would lead to disruptions for the Ethereum network (albeit it’d probably be fine over the long run).”

Although well founded, the concerns over the lack of decentralization in Ethereum post-Merge appear to have been addressed conclusively, at least at the Ethereum base layer level.

But what about the ecosystem that runs on top of it? Every dApp, service, and platform that interacts with Ethereum has to decide how it will address the censorship issue.

More interestingly, can Ethereum survive without centralized exchanges, stablecoins, applications, and institutions? Or will the future hold two versions of it, one wholly decentralized but with less growth and adoption and the other where nation-states peddle their influence much like the current Web2.0 world?