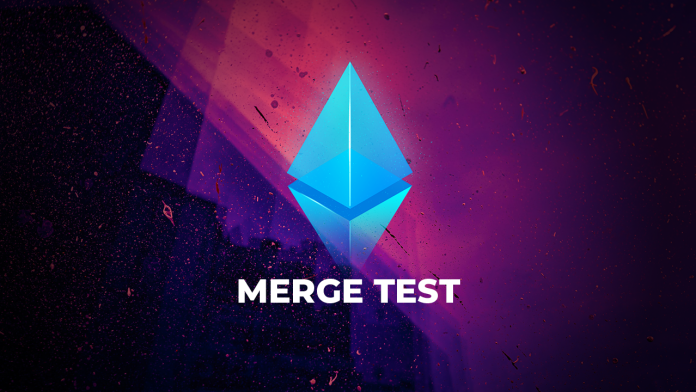 tl;dr Summary: Ethereum’s long-awaited transition to ‘proof-of-stake’ is closer than ever after the final testnet, the ‘Kiln’ testnet, was successfully merged to run as a proof-of-stake blockchain. The merge is set for the end of Q2, and could send Ethereum’s price soaring…

Ethereum’s ‘merge’ from proof-of-work to proof-of-stake consensus is highly anticipated by the crypto community. On March 15, the Ethereum team announced the successful transition of the ‘Kiln’ testnet to proof-of-stake consensus. Kiln is the final testnet before the merge of the Ethereum mainnet, which will mark the end of proof-of-work on Ethereum. Although an official date has not been released, many expect the merge to come before the end of Q2 2022.

The merge comes with its own set of complex terminology, requiring some brief definitions…

The Ethereum team use the curious analogy of intergalactic travel to explain this somewhat complex topic;

“Imagine Ethereum is a space ship that isn’t quite ready for an interstellar voyage. With the Beacon Chain the community has built a new engine and a hardened hull. When it’s time, the current ship will dock with this new system, merging into one ship, ready to put in some serious lightyears and take on the universe.”

The merge is significant as Ethereum currently has a total value locked (TVL) of $123 billion on the mainnet. Any bugs or faults in the merge process could potentially jeopardise these assets. In order to reduce the likelihood of bugs, the development team utilizes ‘testnets.’ Testnets run parallel to the main blockchain and are used to mimic the blockchain’s structure and activity without affecting the main chain. In this way developers can test planned upgrades without risking the integrity of the original blockchain, ensuring all proposed changes are thoroughly battle-tested prior to implementation.

The Kiln testnet was initially launched as a replica of current-day Ethereum. In case you somehow got lost amongst the above wave of new terminology, this equates to a primary proof-of-work blockchain (mainnet), running in parallel to a proof-of-stake ‘consensus layer’ blockchain. At the time of the ‘merge’ on March 15, the Kiln mainnet seamlessly transitioned into a functional proof-of-stake blockchain, without any major hiccups.

Ethereum developer Tim Beiko tweeted at the time of transition that the merge appeared to have been a success, confirming that new blocks were being produced by validator nodes on the network. He acknowledged a few small glitches with block finalisation, but these appear to have been troubleshooted by the time of writing (what else is the testnet for, after all!). The Ethereum team ‘strongly encouraged’ developers, node operators and infrastructure providers to test their work on the Kiln network, in order to ensure a smooth transition at the time of the mainnet merge.

Ethereum’s previous testnet, Kintsugi, will be gradually shut down over the next few weeks. The Ethereum team reported that extensive testing on Kintsugi had allowed them to develop ‘a set of stable and robust protocol specifications,’ which can now be tested on the Kiln network. The Kintsugi name stems from Japanese culture, directly translating as ‘to join with gold.’ In Kintsugi, broken items are carefully and slowly repaired with a golden lacquer. The process bears significant philosophical meaning, with an imperfect object slowly worked on to ultimately create something stronger and more beautiful. The ‘Kiln’ testnet draws a similar analogy, named after kiln ovens used to turn clay into hardened pottery. Ethereum developers will hope that the Kiln testnet ensures Ethereum’s proof-of-stake consensus mechanism is fully battle-hardened prior to the final mainnet merge.

Expectations are high for post-merge Ethereum. As environmental concerns continue to engulf proof-of-work cryptos, the energy usage of the Ethereum network is estimated to reduce by 99.95% when the transition to proof-of-stake is complete. Post-merge, issuance of $ETH will drop significantly with the end of proof-of-work mining, and it is likely that $ETH will in fact become deflationary. When combined with staking rewards that will increase to double figures, and ‘shard chain’ implementation that may spell the end of network congestion and high gas fees, the future seems bullish for Ethereum. Before getting too excited however, it is worth remembering that there are over 10 million $ETH sitting in ‘ETH 2.0’ staking contracts, set to be unlocked after the merge. This flood of supply coming to the market could cause some pretty significant negative price action in the short term post-merge, however bright the future may look…