Ethereum Merge Opens up Pandora’s Box of Concerns Around Decentralization 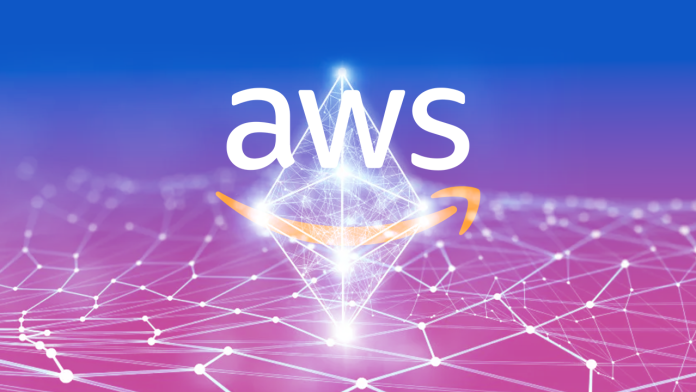 tl;dr Summary: The Merge, a pivotal milestone for Ethereum, has cast a shadow on the question of decentralization within the largest smart contract platform, forcing people to ask some hard questions.

The largest and most used blockchain smart contract platform, Ethereum, is on target to transition to a new consensus protocol on the 15th of September. It is a move that marks a significant milestone not only for the chain and the dApps running on it but also for the whole crypto universe.

The Merge, which refers to the shift from the existing Proof of Work (PoW) consensus protocol to the new Proof of Stake (PoS) protocol, is the first in a series of steps the blockchain plans to make in the future.

Why is Ethereum moving to PoS?

So far, Ethereum has been the favored network for developers working on NFT or DeFi applications, with over 500 DeFi projects running on its blockchain along with hundreds of other dApps running on L2s and sidechains on top of Ethereum.

The amount of transactions made on the Ethereum network has skyrocketed due to this increased use. On the other hand, there has also been a discernible rise in network issues.

With the increase in transaction volume, miners must use more processing power to verify these transactions. Users have started questioning the network’s sustainability and environmental impact due to this higher energy consumption.

Ethereum uses 74.29 TWh of energy every year, which is comparable to that of Austria.

Besides its high and unsustainable energy usage, Ethereum has a slow transaction processing speed. The average transactions processed per second (TPS) for Ethereum is only 12.9 compared to Solana, a PoS chain with the highest TPS currently of 2000.

The third problem with Ethereum is its exorbitant gas fees (transaction fees). Again, compared to other PoS chains, the transaction fee is way too high.

Why is it controversial?

A move to PoS will come with a reduction in Ethereum’s energy use by more than 99 percent. It will also act as a stepping stone toward other changes leading to increased transaction speeds and reduced costs. But not all Ethereum users are hyped up about it.

The Merge has spelled bad news for some of the miners, who are not going down without a fight as they intend to do a hard fork and continue the PoW chain. Several exchanges have also expressed interest in listing this new network supported by miners.

But a more critical issue has surfaced, which has raised doubts about the degree of decentralization in the new PoS chain. The problem could not have come at a worse time. The recent move by government authorities to block Tornado Cash is not seen as an isolated event but as an assault on the sovereignty of the entire blockchain ecosystem. And it has brought the question of decentralization front and center as never before.

According to Ethereum, the move to PoS will “promote decentralization” and offer “greater security” than PoW, but this came under heavy scrutiny after the revelation that only four staking providers control more than 50% of all staked ETH on the new PoS chain, as shown below.

A Twitter user, @LefterisJP, shared this data with these providers asking them whether they would comply with authorities demanding censorship or would they refuse to comply and risk shutting down.

Brian Armstrong from Coinbase was the only one who responded that he would go with the second option–to shut down.

The question was then taken and posted to the Ethereum community for their response.

The poll ended with an overwhelming majority agreeing to burn the stake via a social consensus to preserve the network, including Vitalik himself.

Danny Ryan, the Ethereum Foundation’s principal researcher for the proof-of-stake deployment, wrote about the growing dangers that the centralization of stake in Lido could bring for Ethereum in a blog post.

“Liquid staking derivatives (LSD) such as Lido and similar protocols are a stratum for cartelization and induce significant risks to the Ethereum protocol and to the associated pooled capital when exceeding critical consensus thresholds.”

Ryan says that capital allocators should be aware of the risks and try to diversify and allocate to Lido alternates. He suggests that Lido and other LSD protocols could impose “self-limits” to avoid this centralization which could destroy their protocol and undermine the entire blockchain.

The suggestion was put in front of the Lido DAO for voting, but a massive majority of 99.81% rejected it.

The result shouldn’t come as a surprise, considering that 95.11% of LDO tokens are owned by the top 1% of addresses, most of which are venture capitalist (VC) organizations subject to U.S. regulatory oversight.

We have witnessed several significant system outages in Amazon Web Services over the past years, especially in the U.S., which houses over 44% of Ethereum nodes.

The whole point of the Merge and the subsequent stages of upgrades is to make it easy for people to run a node. With the speed with which the world around Ethereum is changing, it appears that the 5-6 years it needs to complete this transition is a long time.

Apart from concerns around the degree of decentralization, security is another area that could create problems. PoS relies on ‘social governance’ through slashing to keep stakers honest. In contrast, a PoW protocol relies on economic incentives and physical restrictions to secure the chain against attackers in the form of an attack.

Some argue that moving to PoS will reduce the chain’s security compared to PoW, given that gaining control over 51% of all physical infrastructure and energy resources for a PoW chain would be near impossible. In contrast, four companies already control more than 51% of all staked ETH. They could theoretically collude and force the entire network to adhere to censorship.

The Ethereum community can respond to censorship from centralized entities by doing a soft fork to delete the ‘attacker’s’ stake, but at what cost?

If such a thing ever happens, the new fork could lose all its ecosystem of dApps which took years of hard work to build. It could also lose its reserves of stablecoins and oracles as they would be more than willing to comply with authorities and not side with the “dissident” fork.

Even RPC infrastructure providers like Infura, used by MetaMask and many different dApps, could stop servicing the new fork, just as we saw after the Tornado Cash episode.

All this could snowball into a contagion of massive liquidations across the new chain resulting in another Terra LUNA type breakdown, potentially bringing the value of ETH down to zero.

How Ethereum and its ecosystem decide to deal with it will govern the future of its existence and for other layer1’s as well.