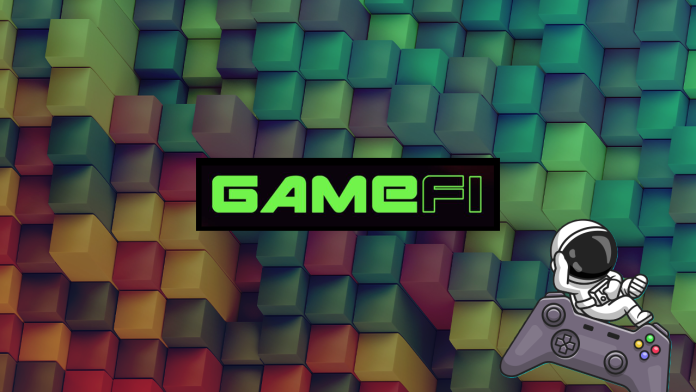 tl;dr Summary: GameFi is an emerging industry that utilizes blockchain technology and NFTs to provide players with asset ownership and income capabilities. Where is the technology currently at and what’s available?

The gaming industry has been around for over 50 years and has often been at the leading edge of technological innovation. Early video games pioneered some of the innovations in Graphical User Interfaces (GUIs) seen on today’s computers, tablets and smartphones. Video games have also been responsible for major developments in computer generated imagery (CGI) which is now used to develop ultra-realistic environments for simulations, movies and virtual reality. Gaming consoles and personal computers (PCs) have even revolutionized computer hardware and led the way in developing the latest high-speed Graphics Processing Units (GPUs) used to mine cryptocurrencies. Today, the gaming industry is experiencing the genesis of a new paradigm shift in technological advancement: GameFi.

GameFi is an amalgam of the words “game” and “finance.” In general, GameFi refers to play-to-earn (P2E) blockchain games that offer economic incentives to players. GameFi has been around for many years but recently gained viral attention due to several gaming coin prices rising 100-fold in 2021. Players of blockchain games like Axie Infinity and The Sandbox became millionaires seemingly overnight. The blockchain gaming industry has been growing rapidly, garnering the attention of venture capitalists, talented game developers and a global community of gamers.

GameFi is a broad term. Blockchain games come in many different shapes and sizes from simple card games to immersive game worlds with cutting-edge graphics and game mechanics. However, there are three main components that all GameFi projects share: play-to-earn (P2E), DeFi elements and asset ownership.

Traditional gaming business models rely on a concept called pay-to-play. Players are required to purchase a video game either at a retail location or virtual marketplace. Additionally, subscriptions and licenses are required for playing multiplayer games online. Popular games like Call of Duty often offer add-ons like weaponry, characters or playable maps at an additional cost. All of the revenue from these features goes directly to the gaming studio and seldomly gets returned to the players.

P2E is an innovative business model pioneered by games like Axie Infinity, which creates a micro-economy around a game that relies on both fungible and non-fungible tokens. Players are incentivized to continue playing the game, complete challenges and compete against others to earn rewards. Game tokens earned in a P2E blockchain game can then be converted into other cryptocurrencies or fiat by trading them on cryptocurrency exchanges like Binance or Coinbase.

While some P2E games are free to play, many blockchain games require players to purchase an NFT in order to play. For example, Axie Infinity requires players to purchase three blob-like monsters called Axies in order to play their game. Currently, one Axie NFT can cost several hundreds of dollars. However, once purchased, these monsters can be used to complete quests or compete against other teams of Axies to earn game tokens. Additionally, Axie NFTs can ‘breed’ and create new NFTs which can then be sold on the marketplace.

Another innovation Axie Infinity has created to help players overcome the high-cost barrier to entry is ‘scholarships.’ Players who have purchased or bred Axie monsters can loan them out to other players. This gives the opportunity to players without the capital required to purchase their own NFTs to share rewards earned from playing the game with the original NFT owner. All blockchain games have their own unique gaming ecosystems, but many emulate the model pioneered by Axie Infinity.

P2E games also give power to the players by assigning token holders voting rights based on the amount of tokens they hold. This gives players the ability to directly influence the overall direction of the game, how to spend funds and even hiring decisions.

Some GameFi projects share features with Decentralized Finance (DeFi) like staking, mining, yield farming and providing liquidity. The gamification of these complicated financial tools makes it easier for anybody to reap the benefits of DeFi while playing a fun game.

Staking is the process of locking up cryptocurrency tokens or NFTs for a predetermined amount of time. During the staking period tokens cannot be used or exchanged and they will generate interest for the token holder. Staking is important for gaming ecosystems because it provides liquidity required to sustain the in-game economy. This also acts as a control mechanism for regulating the supply and demand of a gaming token and reducing price volatility. By providing incentives for players to stake more tokens for longer periods, games can organically grow a thriving economy with extra benefits for its most committed players.

Players can also choose to provide their own liquidity for a blockchain game they like by participating in a liquidity pool. A liquidity pool is a crowdsourced pool of crypto assets locked in a smart contract that is used to facilitate trades between the assets on an exchange. For example, a player who owns $1,000 worth of Axie Infinity’s AXS token and $1,000 worth of Ethereum can create something called an LP token pair denoted as AXS/ETH and stake their tokens in a liquidity pool. AXS/ETH holders would then earn additional rewards whenever other players swap their ETH for AXS tokens or vice-versa.

At the core of all blockchain technology is the ability to authenticate the ownership of digital and physical items without the need of a government agency or middle man. Gaming provides a very interesting use case for this technology. Gamers have traded in-game virtual assets for years (i.e. skins, weapons, characters, etc.). It is almost impossible to exchange the in-game items for real-world value. Items purchased in a traditional game like Call of Duty or Grand Theft Auto are siloed and specific to that game. If a gamer’s account is lost, destroyed or disabled, all of the money and time they had spent on acquiring virtual items is gone forever.

Blockchain games give gamers the ability to freely exchange value and earn yield for their dedication and time spent on a game. Tokenizing in-game assets using NFTs means gamers can own and control what they purchase in a game. Because of the blockchain, it is possible for gamers to prove ownership and value of in-game assets. Their items would be able to retain value across multiple games and secondary NFT marketplaces like OpenSea or the game-specific marketplace GameStop is developing with Immutable X.

Asset ownership isn’t only limited to the items used for playing a game; Gamers also have the ability to own virtual land in a game. Virtual land owners can monetize their digital real estate by selling their land, developing an attraction such as a virtual concert, or they can lease the land out for other players to build on. P2E games like The Sandbox and Decentraland are the most popular examples of this feature of GameFi. CNBC reported that $501 million of metaverse real estate was purchased in 2021. That number is expected to grow to $1 billion in 2022.

It is important to note that GameFi is still in its infancy so it is far from perfect or fully realized. There are as many GameFi critics as there are fans. While many blockchain gamers would accuse these critics of spreading fear, uncertainty and doubt (FUD), there are some legitimate concerns with the current GameFi landscape.

Game tokens, like all other cryptocurrency, have extremely volatile prices. An investment in a P2E game should be treated with the same caution as any other asset. Moreover, gamers must stay vigilant of any potential scams or rug pulls. In November 2021, scammers promoted a fake P2E game based on the Netflix series Squid Game. The value of their game token rose to nearly $3,000 before cratering to almost $0 in a day.

Another concern is that oftentimes regular gamers can lose out to bots, which are computer programs designed to play the game and perform millions of transactions per day. Many P2E games have added human-verification elements to their games but more sophisticated bots are still able to gain access and outearn their human counterparts.

Finally, there’s the existence of bugs. Blockchain software has not been fully vetted for all GameFi use cases, so there always exists the possibility of an error in the code which can generate real financial losses. These cases are rare, but hackers have exploited software bugs in the past to steal millions of dollars in cryptocurrency assets from cryptocurrency and NFT investors. For example, one hacker stole $625 million from Axie Infinity’s underlying Ronin blockchain by exploiting a vulnerability in their code.

While some blockchain games offer free-to-play elements and the ability to loan NFTs from other users, the reality is that playing a P2E game can be far more expensive than a traditional video game. It can be difficult for someone with a smaller budget to participate in a GameFi ecosystem.

In the case of Axie Infinity, the minimum requirement to play the game is that a player must own three Axie NFTs. Each Axie on average can cost about 0.05 WETH (currently ~$150 USD). Rarer Axie’s can cost far more. This leaves players with less than a $1,000 budget unable to play the game unless they find a current player willing to loan them an NFT.

Another major barrier to entry is the technical knowledge required—new players need to understand complicated concepts like bridging and wrapped ETH (WETH). Until developers are able to make the process of transferring funds into a blockchain game as seamless as it is with traditional games, newcomers may be deterred by how complicated the process of setting up a wallet and purchasing in-game NFTs can be.

Blockchain technology gives game developers the freedom to create the kinds of games they want and gives players an opportunity to invest in their favorite titles and share in their success. While blockchain gaming titles have yet to achieve the level of success of traditional games, GameFi is attracting a lot of talent from the traditional gaming industry. The improved quality of games coming from top-tier developers will likely attract even more gamers from all over the world. If this proves to be the case, GameFi is likely to be the route to mainstream blockchain adoption on a global scale.