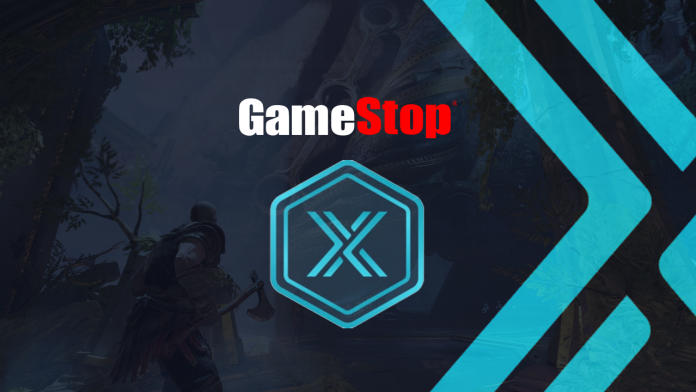 Earlier this year news was released by the Wall Street Journal that GameStop had plans to enter the NFT space as part of a business turnaround plan. The January 6 article noted that GameStop was on the verge of signing partnerships with two “crypto companies” to share technology and co-invest in the development of games that use blockchain and NFT technology. On February 3rd, GameStop officially announced that it has entered a partnership with Immutable X under which it will create a joint fund of up to $100 million in Immutable X’s IMX tokens to be used for grants to creators of non-fungible token content and technology. The two companies are already working on an NFT Marketplace for buying, selling, and trading NFTs of virtual videogame goods and are soliciting select game developers and publishers to list NFTs on their marketplace releasing later this year. The partnership is poised to be a win-win scenario for both companies as GameStop continues to go all-in on transforming its business model following the pandemic’s negative impact on in-store sales and Immutable X aims to attract mainstream developers into the blockchain and web3 development.

What is Immutable X?

Immutable X started as a blockchain game developer called Fuel Games. They were responsible for several popular blockchain games on Ethereum including Gods Unchained which currently sees over 500,000 unique users daily. Fuel Games rebranded to Immutable and partnered with StarkWare to create a platform with no gas fees, faster transactions, and an easy-to-use Software Development Kit (SDK) for mainstream developers to integrate NFTs into their games. Immutable X has since gone on to partner with brands like TikTok, Disney and Marvel to help them with their NFT strategies.

Immutable X can best be described as an Ethereum Layer 2 solution which acts as a gateway for mainstream or Web2 game developers to integrate blockchain technology and NFTs into their games quickly and easily. In a YouTube AMA (Ask Me Anything) interview about the GameStop Partnership, Immutable co-founder Robbie Ferguson described how his goal was to allow game developers to focus on what they do best: making great games. There is a large technological barrier to entry for game developers looking to integrate NFTs into their games. Developers are required to learn a new programming language, blockchain components and security protocols they are unfamiliar with. Immutable X’s platform offers pre-built infrastructure and software components which significantly reduces development time, increases security, and greatly improves user experience for gamers.

One of the benefits of Immutable X’s platform is their zero gas fees for minting and trading NFTs. Gas fees are payments made by users to compensate for the computing energy required to process and validate transactions on the Ethereum blockchain. Think of Ethereum gas fees like the toll you pay to drive your car on the Ethereum highway. Gas prices are volatile and can easily add hundreds of dollars to the cost of an NFT purchase during high traffic periods.

Gas fees on Ethereum are a deterrent for developers working on high-complexity games which handle hundreds of thousands of micro-transactions daily from game-play rewards to in-game marketplace transactions. These fees can quickly add up and make it impractical for anything more than a low-complexity game to exist on Ethereum.

Immutable X solves this problem by partnering with StarkWare, a developer of ZK STARKs (Zero-Knowledge Scalable Transparent ARguments of Knowledge). ZK STARKs are a layer 2 solution that enables the complex math for proving blockchain transactions to be done by software outside of the Ethereum network, or off-chain, and then simply verifying the integrity of that proof on-chain. This increases the transaction speed from 30 TPS to over 9,000 TPS, without losing any of Ethereum’s layer 1 security.

Immutable X uses a global orderbook, meaning that orders can be created in one marketplace and fulfilled in another without the need for creating a software backend. In the case of GameStop’s NFT marketplace, users would be able to make item purchases and trades for multiple games all from the same platform. GameStop’s marketplace would also allow smaller game developers and content creators to use their platform instead of creating their own.

The GameStop and Immutable X partnership is still in its infancy, but it is already causing investors of both GameStop shares and IMX tokens to take notice. GME stock price is up about 25% since the partnership announcement. IMX token price, however, is down about 30% after GameStop converted $42 million in IMX tokens into cash it can use for continuing to expand into the NFT space.

This doesn’t seem to concern Immutable X co-founder Robbie Ferguson who praised GameStop for their “cultural heritage in gaming” and “massive evangelical fanbase”. In a YouTube AMA he stated: “… we’re just really excited about the team [GameStop] built. They built an incredibly credible NFT marketplace team pulling people from crypto native organizations in the space. They are staffing this [NFT Marketplace team] very heavily and they are very, very genuine about the roadmap they’re building out.”