How Avalanche is Becoming a Home to GameFi 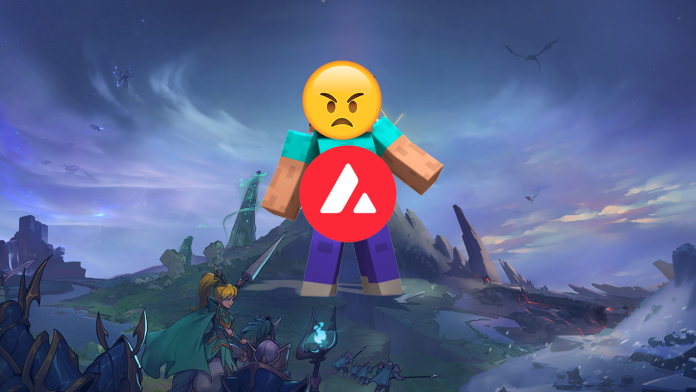 tl;dr Summary: Despite disruptions in the crypto space, GameFi still cements itself as the most popular way for users to interact with crypto. The improvements to the processing and finalization speed provided by innovative blockchains is fundamentally a large reason why players have been sticking around. Avalanche looks to be an important part of the GameFi ecosystem as developers announce their debut games being built on the Avalanche blockchain.

If you haven’t read DappRadar’s Q2 2022 games report, you should. With all the challenging news that has been going on in the Crypto Market, the report provides an enlightening look at the state of crypto from the lens of GameFi. While DeFi and NFTs have seen a 17% and 24% decrease in Unique Active Wallets (UAW) quarter over quarter respectively, GameFi has only seen a 7% decrease in UAW quarter over quarter. On a year over year basis, GameFi UAWs are up 232% and are now the dominant use of wallets in the crypto space.

This stickiness in GameFi active users and the growth in their popularity is a testament of their potential staying power in a time when crypto feels unstable. So what has been the driver of this popularity in GameFi?

A prime reason could be the improvement in blockchain technology.

One of the fundamental challenges related to DeFi in video games was the inherent challenge of merging the complexity of financial systems with the fast paced ecosystem of a video game. This distinction matters because in a normal financial system, transactions don’t need to settle in the same day. They can be transferred between banks and entities over the course of 3-5 business days. However, in blockchain games, this extended settlement period isn’t acceptable since users aren’t just trading currency, they are trading functional items in the form of NFTs.

While layer-1 blockchains are able to settle transactions faster than traditional financial systems, usually taking up to 30 minutes, they still don’t meet the demands of transaction heavy blockchain games. So if most blockchains aren’t up to the challenge, why is GameFi flourishing?

Well, new-comer blockchains such as Hive and Avalanche that both started in 2020 seem to be taking center stage when discussing the visibility of blockchain game infrastructure.

Launched in September of 2020, Avalanche was made with the scalability challenges of Ethereum in mind. The creators from Ava Labs in New York wanted to create a blockchain that could handle thousands of transactions per second at a low cost and energy efficient manner. They were able to accomplish this through their unique consensus mechanism called Avalanche Consensus Protocol. By taking inspiration from both classical (i.e. Meta’s Diem Project) and nakamoto (i.e. Bitcoin) protocols, they were able to build a protocol that could process 4,500 transactions per second.

This additional technological advancement in blockchain gaming is a central reason why Avalanche has become so popular in the world of GameFi. It is true that Hive, Wax, BSC, and Solana have dominated the space, but it is hard to deny the number of games looking to partner with Avalanche. From established web2 publishers to upcoming web3 developers, Avalanche is likely to see a boost in popularity from players across the GameFi ecosystem looking to try the latest offerings. Below are just a handful of examples that players are excited about:

Shrapnel: A highly anticipated First-Person Shooter created by the Neon game studio is coming to Avalanche. The studio has already raised $10.5 million from venture capital firms and another $7M from their token sale that happened in Q2 of 2022.

Castle Crush: A web2 native game with more than 75 million downloads and 200,000 daily active users. The game decided to make the transition to web3 in the form of their $ACS token which players can use to upgrade NFT cards within the game.

Pocket Worlds: A web2 game developer that has been around since 2013. Their popular game, Highrise, has over 2 million monthly active users that already buy and trade over 50,000 items per day. Through their $RISE token and NFT land parcels, Pocket Worlds will provide users with a unique transition into the world of web3.

Ascenders: A story-driven open world RPG that is being built by a team of developers from  renowned studios including Activision, Ubisoft, and Electronic Arts. The team has shipped multiple AAA games in the past and is looking to create one of the first crypto native open world experiences. The developers have already received $6.4 million in funding from venture capitalists and funds and have wowed players with their captivating demo.

Domi Online: A Massively Multiplayer Online Role-Play Game (MMORPG) game looking to recreate the Runescape/World of Warcraft experience through a crypto native infrastructure. The developers believe that the true-ownership aspect of the game alongside improved gameplay mechanics and aesthetics will better showcase what web3’s GameFi has to offer.

Even though Avalanche has only been around for less than 2 years, it has garnered an unprecedented amount of support. From the development and release of popular games such as Crabada, to over 40 blockchain games in their ecosystem, Avalanche has been able to attract a growing GameFi scene.

While games such as Minecraft have indicated a fervent resistance due to the exclusive culture it could potentially breed. The sizable player base that blockchain games have attracted demonstrates a genuine interest in having certain parts of games be financialized.

It is too early to tell whether this shift to web3 games is an imperative that all games will face or if a bifurcation in the industry will begin to form. But as technology like Avalanche allows for a more seamless development of web3 games, we will likely see growth in the GameFi sphere continue.