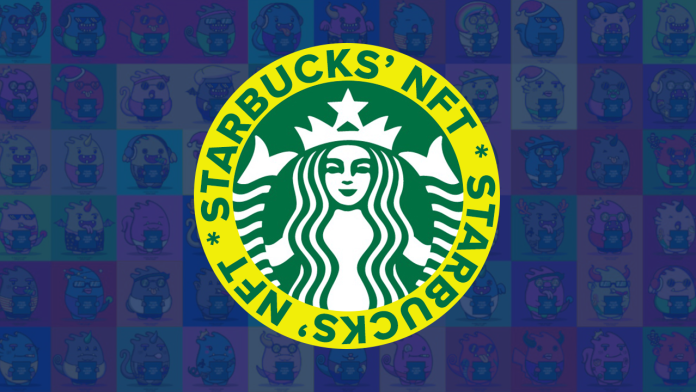 tl;dr Summary: Starbucks’ recent announcement to implement NFTs, while vague, could become one of the largest attempts by a retailer to integrate NFTs into their brand’s strategy. Having one of the most successful loyalty programs in history, this combination is positioned to be a pivotal moment for both the company’s brand and NFT adoption across America.

When people order a coffee, they expect their experience with the coffee brand to begin and end with the cup. Starbucks, however, is looking to extend the brand experience well beyond the roasted beans we crave in the morning and they believe that they can do this with NFTs.

This more ubiquitous approach to brands isn’t something new. Direct-to-Consumer brands like Allbirds and LuluLemon have made a mark for themselves by making your purchase mean something more than just another pair of shoes or leggings. Even brands outside of apparel, such as Duolingo, have built brand personalities that extend well beyond the app’s experience.

In a world where younger generations are bombarded with peer-created social media content, it is often difficult to feel unique in the broader world. For brands across all enterprises, these pressures have become especially true. There is a demand from consumers for brands to represent more than just the product they are providing. Whether that signals a type of lifestyle, belief, and/or ideal, consumers more than ever are using buying behavior as an extension of themselves.

For smaller emerging companies, this brand identity has been easier to execute on. Companies like Apple have famously made their mark as a disruptor of the norm with their 1984 motto of “Think Different.” But for more established players like Starbucks, threading a ubiquitous throughline messaging with a massive customer base is far more challenging.

Despite being a nascent technology, Starbucks sees NFTs as a potential option to establish a ubiquitous brand. According to Starbucks, they feel as if their brand has a presence in people’s work and in people’s homes, but they want to tackle the digital “third place” which is all the space in-between work and home that people spend their time.

What We Know So Far

Keeping things intentionally vague, information about how Starbucks intends to utilize NFTs have been much more focused on the outcomes the company is looking to achieve through NFTs rather than how it will be integrated.

While vague, Starbucks has differentiated their announcement by indicating their desire to implement NFTs into their core Pay-to-Earn Stars program rather than pilot the idea through one-off NFT releases. Unlike other NFT releases done by Taco Bell and Time Magazine, the intention behind Starbucks’ announcement is far less exploratory in nature.

The Pay-to-Earn Stars program that Starbucks manages is one of the most successful in the world. With over 25 million users representing over 50% of all spending in Starbucks stores, the company has a track record of creating compelling loyalty programs that users want to engage with. This makes the prospect of an NFT integration compelling to the company and also for crypto enthusiasts hoping to see the technology reach a broader audience.

While the announcement of Starbucks’ NFT integration into their loyalty program has been in conversation since their Q2 2022 earnings call in May, the company has decided to hold off on the finer details until their Investor Day on September 13, 2022. In broad strokes though, Starbucks is looking to utilize NFTs to unlock exclusive opportunities and experiences to select NFT holders and broaden their ability to develop a community through their digital collectables.

The Doors it Unlocks

Even though the company has been tight on the details, we can still speculate on the opportunities that the company is hoping to take advantage of. NFTs have long been treated as speculative digital assets but have numerous use cases outside of being traded to others for monetary gain.

If you think about the core value of an NFT to consumers, it is primarily valued on its exclusivity, utility, and origin. These are all components that Starbucks’ loyalty program is primed to take advantage of. From an exclusivity and utility perspective, Starbucks has already announced their intention to create one-of-a-kind experiences that will only be available to certain NFT holders.

The company could also build additional layers of exclusivity by only offering certain NFTs at specific locations. By playing with the NFT’s origin, Starbucks is positioned to make Starbucks NFTs an engaging digital asset that is centered around different kinds of community.

While we have discussed the value to the holder we still have yet to discuss the value to the company. From a company perspective, NFTs not only create compelling new product offerings but they also open the door to collaboration opportunities with other businesses. In the past, Starbucks attempted to leverage partnerships to establish their brand in the “third place”—the internet. Examples such as their partnership with Spotify in 2015 showcase their long-time ambition to be associated with their customer’s world outside of their coffee shops.

But these efforts, while innovative, haven’t all been successful. NFTs give Starbucks an opportunity to approach partnerships in new and innovative ways that can help them with their goal of accessing customers in a more ubiquitous way. Rather than a loose connection between Starbuck’s ambiance and Spotify’s playlists, NFTs could open the door to concrete benefits/experiences that a customer can have at both companies. Perhaps an NFT gets a customer ad-free listening to spotify for a week or listening to your 1000th song gets you a 50% NFT on your next drink – the point is that NFTs unlock corporate partnerships like never before.

With less than a month until Starbucks’ Investor Day, it is hard not to be excited for what the future holds. Starbucks, despite not always being the most successful breaking into the “Third Place,” has been in alot of ways a bellwether for technological adoption in retail.

Mobile pay, for example, is a technology that Starbucks was particularly early to adopt. With their massive retail presence, the company was able to equip thousands of stores across the nation with Apple Pay or other tap-to-pay options which helped to normalize the technology for retailers across the country.

Armed with over 15,000 stores in the US, the roll out of NFTs in one of the most successful loyalty programs in history could be a pivotal time for the struggling digital asset. Likewise, given Starbucks’ history of innovation and their desire to access the elusive “Third Place” they talk so much about, Web3 technology might just be the missing piece the company’s brand has been looking for all these years.