Immutable and StarkNet to Provide Cross-Rollup Interoperability to Web3 Games 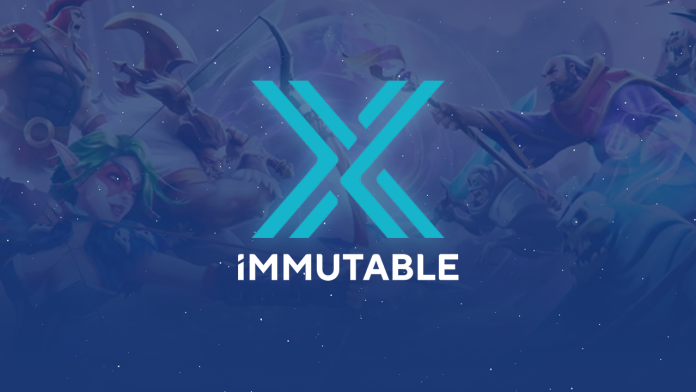 tl;dr Summary: Immutable X announced the world’s first cross-rollup platform for NFT and Game projects based on StarkNet, allowing users to move their assets between projects.

Non-fungible tokens (NFTs) are the future of digital asset ownership. NFT trading volume has grown from USD 13.7 million in the first half of 2020 to USD 6.5 billion in 2022, a staggering 474% increase in 2 years.

For a growing industry, achieving scalability that allows for hundreds and thousands of transactions (mint, buy or sell) without compromising security and decentralization is its most significant problem.

This problem is even more significant for games. Games studios and developers do not want to commit time and resources to create a Web3 game until they have a reliable infrastructure to address this trilemma.

The question of liquidity is another concern for utility NFTs like game assets that have traditionally struggled to achieve strong liquidity at a massive scale without compromising decentralization or security.

As a leading platform for next-generation Web3 games, Immutable X believes it can help address this problem.

What is Immutable X (IMX)

IMX is a high-performance, general-purpose StarkEx zk-rollup, which facilitates the minting, trading, and transferring of NFTs and ERC-20s.

Zk-rollups are a mechanism for increasing a project’s overall transactions per second. It combines many transactions executed on layer2 and submits them as one transaction on Ethereum for verification, thus achieving the necessary scale and security.

IMX’s rollup allows for more than 9,000 NFT transfers, trades, and mints per second.

Zk-rollups work for most NFT game projects requiring standard ERC-721/ERC-20 contracts, metadata support, and the ability to trade assets; it doesn’t support custom smart contracts needed for the next generation of Web3 games.

IMX recently broadened its collaboration with StarkWare by building its compatibility with StarkNet. StarkNet is a zk-rollup that allows developers to deploy custom smart contracts.

However, this feature comes with a cost. Unlike IMX, where one can instantaneously mint 10,000 NFTs without cost, StarkNet is like a traditional blockchain as it brings back gas fees and lower throughput.

Now, game developers can choose between a general-purpose StarkEx platform or a StarkNet platform if they have specific needs.

IMX as a platform

IMX intends to position itself as a platform that provides various tools for Web3 game developers. If a game needs complex DeFi interactions, StarkNet is the way to go. On the other hand, if it does not employ these complicated features, StarkEx will deliver a better user and development experience. Some games may even want to deploy parts of their projects to StarkNet, and parts to StarkEx.

To do this, IMX has enabled its suite of products (order book, minting tools, trading primitives, wallet, etc.) on StarkNet and StarkEx.

These rollups will not work in isolation. Through the creation of frictionless and trustless asset bridges, Immutable will ensure robust interoperability across the different rollups. As these rollups share a settlement layer (L1 Ethereum), bridging is possible without compromising security, unlike other recently attacked bridges like the Ronin bridge.

These bridges would allow for seamless movement of assets between games and marketplaces within the IMX ecosystem.

IMX and StarkNet can take things one step further by enabling the creation of dedicated rollup environments for games that genuinely want to run on a massive scale.

StarkNet’s ability to spin off layer3 on top of the existing layer2 allows for the multiplicative impact on reducing gas fees. For example, if each layer allows for a 1000X reduction in gas fees at layer3, this would mean a 1,000,000x decrease while still retaining the security, which is still at layer1. Along with the IMX platform enabling assets to remain available across its ecosystem, it ensures liquidity can flow freely between these rollups without compromising UX.

Support for StarkNet will come in 5 phases. At the moment, phase1-NFT minting is available for projects who want to launch on StarkNet.

GameFi, the present, and the future

According to DappRadar, “Blockchain gaming activity has grown 2,000% from the previous year” despite experiencing the massive USD 500 million Ronin bridge attack and the overall negative macroeconomic sentiment of the market.

Investments keep happening into blockchain games as $2.5 billion were raised in Q1 of 2022, and the latest a16z crypto fund 4, with its eyes on Web3 gaming and NFT projects amongst other things.

IMX and StarkNet are in a prime position to come out on top in Web3 gaming infrastructure, and maybe we could see our favorite games on the blockchain soon.