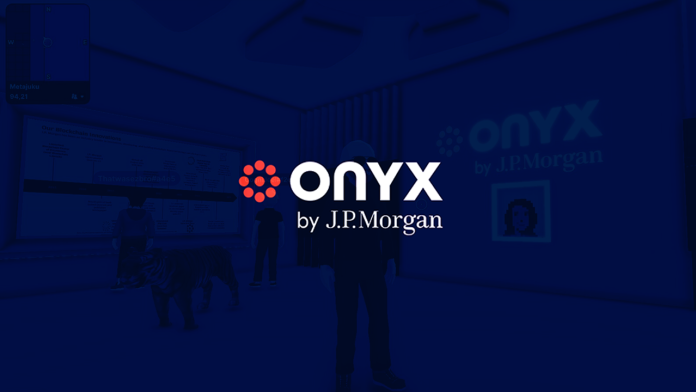 There was a buzz in the Metaverse following the news about JP Morgan becoming the first bank to open a lounge in Decentraland.

This had a visible price impact on the MANA (token of Decentraland) and on other Metaverse-related tokens like Axie Infinity and Enjin.

The Oynx lounge is named after the company’s Onyx division which focuses on solving real-world banking problems with the help of blockchain.

But why did JP Morgan, a bank with a history of opposing Bitcoin, do this? And what could this mean for traditional banking?

What is the Oynx division?

The Oynx division of JP Morgan was established in 2020 to bring to the forefront its years of experimentation and research into the use of blockchain technology to solve banking problems.

According to Umar Farooq, CEO of Oynx, “Oynx was created to scale and commercialize these technologies and build these platforms.” He also said, “JP Morgan being one of the top banks in the world, cannot afford not to be at the forefront of this technology.”

Onyx provides a suite of permissioned Ethereum-based services to its clients (which include other banks). At the moment, Onyx is focused on solving the problem of cross-border money transfers with the help of the blockchain.

Cross-border money transfers between traditional banks currently work on the SWIFT system. The Coin Systems offering from Oynx attempts to provide a decentralized but permissioned alternative to SWIFT.

Apart from providing the rails for instant cross-border money transfer, Oynx has another offering called the Liink. Liink is a set of smart contracts providing payment-related data (like account validation before a transfer) to these banks. These are meant to resolve the most common problems banks face in the existing setup.

How is Oynx different from Web3.0 DeFi?

The main difference is that Oynx is a “permissioned” set of services, whereas Web3.0 DeFi, as we know, is permissionless and public.

A permissioned blockchain is a private blockchain that allows access only to a select group of individuals or groups. In the case of Oynx, this would be other banks that have agreed to use its services.

What services will Oynx provide in Decentraland?

According to this document JP Morgan views the virtual gaming ecosystem as a parallel to the existing global economy with each game having its own population, currency, and assets. So its focus will be on leveraging its core competencies in providing payments, exchange, and trading solutions for games.

What does this mean for traditional banking?

With over 400 banks already showing interest in the Oynx offerings, it is clear that traditional banking is embracing this new technology especially when it comes to providing a better alternative to existing infrastructure like SWIFT.

However, with this latest move, JP Morgan has also taken the first step in bridging the gap between the physical and the virtual world. It would be safe to assume that other banks will follow suit.

For end users like us, all this could mean not only faster and cheaper cross-border transactions in the physical world but also access to the same banking services within the Metaverse.