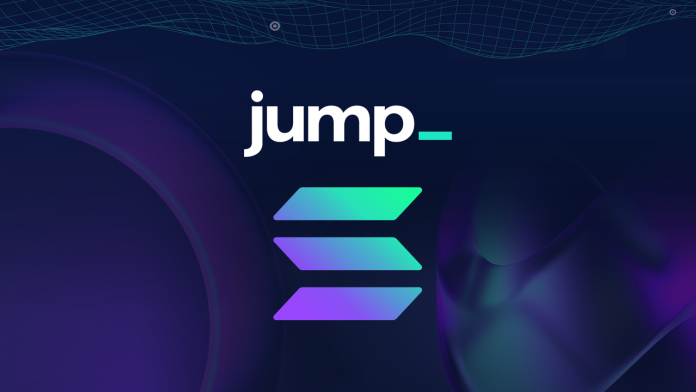 tl;dr Summary: A second new validator client will be designed and developed by Jump Crypto in collaboration with the Solana Foundation. The new client intends to improve decentralization and the overall performance of the Solana blockchain network.

Jump Crypto, a Web3 infrastructure developer and investor, recently tweeted about its intention to create a new validator client named Firedancer along with the non-profit Solana Foundation.

Jump Crypto said this new extra validator client for the blockchain platform plans to “amplify the throughput and reliability” of the Solana network in another tweet.

In their official blog post, they state this new development is “an important step in the network’s continued decentralization” and, besides developing this new client, will also “propose significant upgrades to Solana’s open-source core software.”

Apart from improving decentralization, having two different types of validators with different source codes also reduces the probability of security issues as it is unlikely that the same bug would exist in two separate applications. According to Solana co-founder Anatoly Yakovenko, this is the “number one thing that worries me about the network is that there’s only one implementation.”

Jump Trading’s Chief Science Officer, Kevin Bowers, will head this project along with a group of scientists and engineers who have designed and created low latency trading systems for global financial markets.

Kevin says, “Through Jump’s decades of work in solving some of the most complex networking challenges across traditional financial markets, we have seen first-hand the impact that improving a network’s speed and efficiency can have on an entire financial system.”

He sees the same opportunity in the blockchain world. “Now, given the relatively slow speeds and unreliability of blockchain networks, an incredible opportunity exists to transform the functionality and efficacy of these networks. We are excited to apply our proven technologies to encourage widespread adoption, creating endless possibilities and driving real change in the world.”

Given the breadth and depth of Jump Crypto’s technical prowess in creating such complex systems, it is evident why the Solana Foundation chose it to run this project.

Jump Crypto has been a significant supporter of the Solana ecosystem, which includes order book Serum, popular wallet Phantom, and native oracle Pyth. It also backed and bailed out the Ethereum-to-Solana bridge Wormhole, with Jump Crypto replenishing $320 million in ETH in February after Wormhole was hacked.

Its engagement in the Solana revamp comes at a difficult time. Solana experienced a massive outage in June that rendered it inoperable for more than four hours and a $5 million attack earlier in August that affected thousands of user wallets.

Anatoly and the Solana community know that the network’s performance issues stem primarily from its inability to deal with large incoming transaction volumes. With Jump Crypto on board with their expertise, it signals to the world that they are serious about tackling these issues.

Solana’s SOL token is down 75% this year and is currently trading at $34.59. It has been trading relatively flat in recent months, even though ether, the token for competing blockchain Ethereum, has more than doubled from its lows.