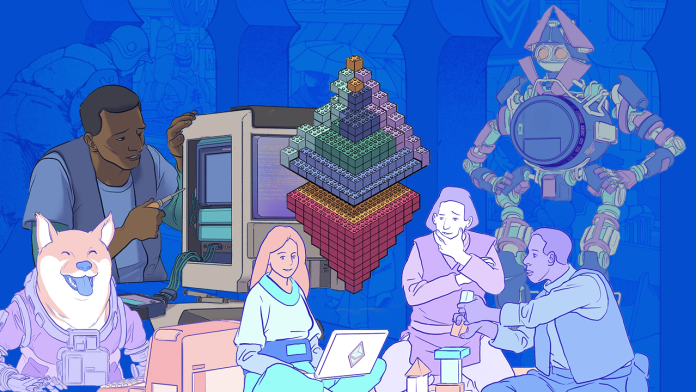 tl;dr Summary: A group of influential miners have announced their intentions to ‘fork’ the Ethereum blockchain at the time of The Merge. The fork has the support of some influential figures in the crypto industry, however many have questioned the motives of those behind the plans.

The Ethereum network is inching ever closer to its long-awaited transition from proof-of-work to proof-of-stake. The transition, known as The Merge, is on track to complete in September, with the final Goerli testnet scheduled to complete its test merge in the coming days. Completion of the final mainnet merge will spell the end to energy intensive mining on the Ethereum network.

The Merge is estimated to cut Ethereum’s energy usage by over 99.9%, and will lay the foundation for implementation of shard chains that have been touted as the solution to the network’s famously high gas fees. The price of $ETH has continued to rally in August as investors price in the value that The Merge can bring to Ethereum, however not everyone is positive about the move. A group of prominent Chinese miners, led by Chandler Guo, have stated their intentions to fork the Ethereum blockchain at the time of The Merge.

In the world of crypto, a fork occurs when a blockchain splits to create two different potential paths forward. This process can create two distinct blockchains. Ethereum’s upcoming merge can technically be described as a fork, however will not in fact be the first time the network has forked. A previous fork in 2015 created the blockchain now known as Ethereum Classic. Interestingly, Chandler Guo is believed to have been one of the key players behind the fork that created Ethereum Classic ($ETC).

Ethereum founder Vitalik Buterin has responded to the plans by suggesting that those pushing the fork are doing so for financial gain. Buterin was quoted by Fortune as saying most people in support of the fork “just want to make a quick buck.” He went on to state:

The success of any fork will ultimately depend on adoption of the chain by the wider crypto community. To gain real traction, the chain would need the support of influential groups within the industry, such as centralized stablecoin issuers and exchanges. Speaking at an Ethereum developer conference in Seoul, Buterin acknowledged the influence that large centralized stablecoin providers could have if they chose to support the new chain. None of the major stablecoin issuers have commented on the move as yet. Ethereum holders will hope they will follow the footsteps of decentralized oracle platform Chainlink, who have officially declared that they will not be supporting any hard forks of Ethereum.

The fork does have backing in certain corners however, with influential figure Justin Sun openly pledging his support to the new chain. The Tron founder stated that the current proof-of-stake cryptocurrency market is crowded, and it is “essential” to keep a viable proof-of-work smart contract cryptocurrency after the merge. Sun’s exchange, Poloniex, also officially announced its support for forked Ethereum chains. Poloniex has already opened futures markets for the forked Ether, which can now be traded under the ticker $ETHW.

If Ethereum does indeed fork, all those that currently hold ether in their personal wallets will receive an airdrop of the new ether on the forked chain. Some have suggested that this prospect is leading to increased accumulation of $ETH by speculative investors who hope to extract value from both chains once the fork goes live. Whilst it looks increasingly likely that the fork will happen, whether $ETHW will hold any real-world value very much remains to be seen.