Polygon Pledges to be Carbon Neutral in 2022 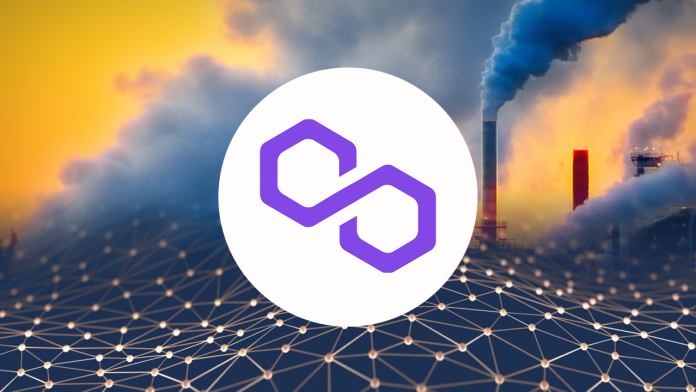 tl;dr Summary: Polygon partners with KlimaDAO and pledges $20 million to become carbon neutral by the end of 2022 and carbon negative thereafter. They plan to achieve this by purchasing carbon credit tokens, backed by physical carbon credits, and leading initiatives encouraging other projects to join their cause.

One of the hidden costs of blockchain technology is the impact it has on the environment. Proof-of-Work blockchains like Bitcoin and Ethereum require a massive amount of computing power to record and validate transactions on their respective networks. This is because hundreds of thousands of computer servers called “miners” are simultaneously competing to develop a long string of alphanumeric characters which validate blockchain transactions. The first node to solve the puzzle is rewarded with cryptocurrency. This type of consensus mechanism incentivizes miners to use faster and more powerful computers to keep the blockchain network secure and decentralized. However, the downside of using hundreds of thousands of high-powered computers around the globe is the energy consumption and impact it has on our environment.

According to a 2021 CNBC article, the carbon footprint of Bitcoin alone is equivalent to that of New Zealand with both emitting 37 megatons of carbon dioxide into the atmosphere every year. This is a far larger footprint than other similar industries like banking or the internet. For comparison, the energy consumption from a single Ethereum transaction is equivalent to 226,910 VISA transactions or 17,063 hours of watching YouTube.

Polygon created their layer 2 (L2) scaling side chains based on Proof-of-Stake consensus, a far more energy-efficient validation method, which randomly rewards validators with the most coins staked on the network. Polygon’s carbon footprint in 2021 was 90,645 tons of CO2 emissions. This includes emissions from staking node hardware, energy consumption of staking operations, and contracts directly interacting with Ethereum mainnet. These emissions are already a drastic improvement to Bitcoin’s 37 million tons of CO2 emissions. That is despite Polygon recording 7.5 times the number of network transactions than Bitcoin; in 2021 Bitcoin saw 400,000 transactions per day compared to 3 million on Polygon. Even still, Polygon is aiming to do even more to reduce the impact of blockchain technology on the environment.

On April 12th, Polygon announced their Green Manifesto—a “smart contract with the planet Earth.” Their Green Manifesto outlines Polygon’s vision to become carbon neutral by the end of 2022 and carbon negative thereafter. The first step on their journey is to purchase roughly $400,000 worth of BCT (Base Carbon Tonnes) and MCO2 (Moss Carbon Credit) tokens. Both of these tokens, tradeable on cryptocurrency exchanges, represent physical carbon credits found on different physical registries in voluntary carbon markets and converted and standardized into carbon tokens on the blockchain. A carbon credit is a permit which allows a country or organization to produce a certain amount of carbon emissions and which can be traded if the full allowance is not used. One carbon credit is the equivalent allowance of one ton of carbon emissions. The $400,000 of carbon credit tokens purchased by Polygon are meant to offset their 90,000 tons of CO2 emissions in 2021.

The underlying strategy behind purchasing these tokens is to take them off of the physical carbon market, effectively reducing the supply of available carbon credits and increasing the price per credit. When a company expects to produce more carbon emissions than their allotted amount, they are able to purchase carbon credits from other companies who have produced fewer emissions than they were permitted. With higher prices, companies would be forced to reconsider the cost of purchasing the available carbon credits compared to reducing their own carbon emissions.

Polygon has also pledged an additional $20 million to reach their sustainability goals. The $20 million will go to donations for non-governmental organizations (NGOs), purchasing additional carbon credits through a partnership with KlimaDAO, and providing resources to other projects and encouraging them to make the pledge as well.

In a message to the Polygon community, co-founder Sandeep Nailwal said, “Our outlined measures may eliminate the emissions of the Polygon ecosystem, but that’s not enough to effect the kind of change needed to combat the climate crisis at scale. Together with Polygon, the broader blockchain industry needs to form a united front to fund, support, and leverage technology that helps heal the earth, rather than destroy it.”