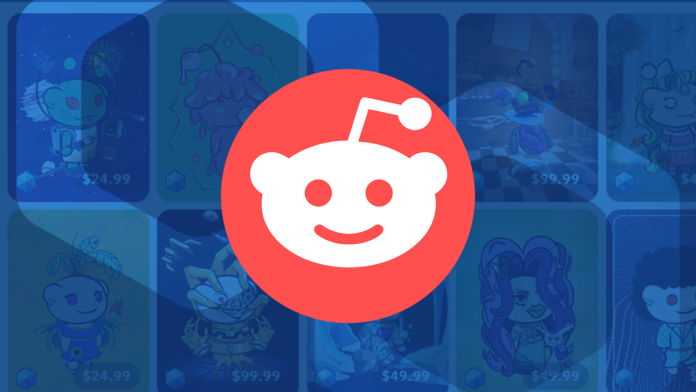 tl;dr Summary: Reddit launched a Collectible Avatar marketplace which will soon be available for purchase in the Reddit Avatar Builder, with proceeds going to the artists who design them. These Collectible Avatars are “blockchain-backed” digital assets stored on the Polygon blockchain.

For almost two decades Reddit has been a cultivator of internet trends, lingo and culture. It was only a matter of time before they took a foray into web3 and the blockchain. In many ways, Reddit has always been a model of what decentralization could look like on the internet with more than a million self-governed communities called subreddits curating content for their passionate followers. Everyday, thousands of users volunteer their time to share valuable content such as financial advice, counseling resources, funny cat videos, automation tools and much more. For many years the only way to reward users was with social credibility through a “Karma” point system, upvotes and awards which can be displayed on their profiles.

Reddit has been experimenting with blockchain use cases as early as May 2020 when they launched a pilot program for their Community Points reward system. Community Points are fungible tokens that Redditors can store and use in a Reddit-based blockchain wallet called the Vault. The site sees blockchain technology as a tool for empowering users to create and curate self-sustaining, self-governing communities. Tools like cryptocurrencies and NFTs would allow subreddits to reward member contributions, democratize decision-making, and incentivize quality content.

Now Reddit is looking to experiment with non-fungible tokens. On July 7th they announced the launch of a Collectible Avatar marketplace in an informative blog post. Redditors will be able to create, buy and sell unique avatars of Snoo—the site’s mascot. These avatars are custom-made by independent artists on Reddit and minted on the Polygon blockchain. Reddit chose Polygon due to its low transaction costs and commitment to carbon neutrality. These avatars can be used as profile pictures and will be distinguishable from their existing avatars due to a glowing effect. Redditors will also be able to customize their collectible avatar and take advantage of exclusive benefits.

It is important to note that Reddit already has an Avatar Builder which they released in 2020 to give users the ability to creatively express their otherwise anonymous (or pseudonymous) profiles. They could have created a similar feature using a database or cloud infrastructure. However, there are two benefits inherent to the blockchain that can provide users with the independence and empowerment Reddit envisions: ownership and portability.

Because Collectible Avatars would exist on an immutable public ledger, Reddit cannot control who can purchase them and how they can be used. Additionally, any assets stored on the blockchain can be used by other applications built on the same network. Redditors will be able to use their Collectible Avatars on and off of Reddit’s platform for identifying themselves in the metaverse, selling them on an NFT marketplace and much more. Artists would benefit from this as well because any royalty fees from secondary sales will be automatically deposited into their accounts.

Despite the benefits of blockchain technology, Reddit has been cautiously neutral in their messaging. In their blogpost, they avoided using the terms non-fungible token or NFT and instead referred to their collection as “blockchain-backed” collectible avatars. The Reddit user base is diverse and many of them are still skeptical of the technology. In an effort to be inclusive of the variety of users on their platform, Reddit will not require the use of blockchain wallets or cryptocurrencies. When available, users will be able to purchase an avatar from the Avatar Builder at a fixed price using their local government currency. Users will still be able to store and manage their Collectible Avatars in their Vault along with their Community Points.

The mix of web2 and web3 technology has been the strategy of many mainstream platforms in recent times to streamline the adoption of blockchain technology. To the average internet user, creating a blockchain wallet, purchasing cryptocurrency and using decentralized applications is still out of reach. Reddit hopes that their approach to create a familiar interface that allows users to take advantage of the benefits of the blockchain is a winning strategy.

They’ve created some helpful content to introduce new users to their Collectible Avatars and learn more about the blockchain that you can review here.