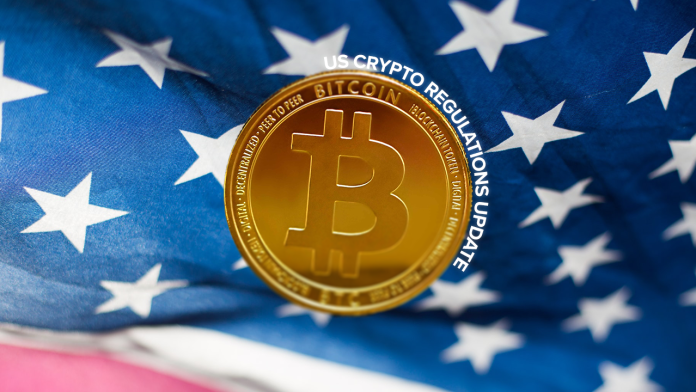 tl;dr Summary: President Biden recently released the United States’ first report on their framework for the responsible development of digital assets. The report lays the groundwork for local government and federal lawmakers to begin pushing through crypto legislation.

On March 9, 2022, President Biden signed an executive order to ensure the responsible development of digital assets. The executive order created an imperative for other federal agencies to examine the risks and benefits of cryptocurrency and provide reports to the U.S. government so they can create a framework on how to respond. To help guide those investigations, Biden outlined seven core areas of focus, mostly with the goal of protecting the end user.

In the following six months since the executive order, government agencies have provided reports on the risks and benefits that the emerging technology could provide. The recent report released by President Biden on September 16, 2022, provides insights into how the government plans to address crypto moving forward in their seven core areas.

Breaking Down the Government’s Framework

The majority of the report reiterated the government’s more exploratory approach to understanding the guardrails needed for crypto. For example, the language that was primarily used leveraged wording such as identify, understand, track, and explore. But a few instances in the report did indicate that the U.S. is ready to act on some issues. Those issues, while broad, included actionable steps for federal agencies to proceed:

Bills follow the process of starting in Congress or Senate before being voted on by the legislative group (i.e., Congress or Senate) that started the bill. Following that, they are voted on by the opposite group and, if approved, are moved to the President for signature. Following this report, U.S. lawmakers have been quick to respond by addressing bills already in congress.

The first bill in their crosshairs is legislation related to the regulation of algorithmic stablecoins. The bill, which is being drafted in congress, would place a two-year ban on algorithmic stablecoins, the type of stablecoin that TerraUSD was, which wiped out over $600 billion of investor and consumer funds when it collapsed.

Over this two-year ban, U.S. lawmakers would work on a process for banks and non-banks to apply to create stablecoins, thus requiring certain prerequisites and expectations for aspiring stablecoin developers to meet. With the recent announcement from the SEC saying they would work with congress on regulation, this bill could be voted on and passed to the Senate as soon as this week.

Federal government isn’t the only body to take action; state governments have also taken matters into their own hands. New York, for example, has long been a champion of crypto regulation. Starting as early as 2015, they have one of the most robust sets of requirements for crypto-related companies to meet. They have even required crypto-related businesses to go through an application process for a license to operate in New York state.

A September 26, 2022 lawsuit, led by the New York Attorney General and seven other states, has cracked down on crypto lending platform Nexo for not obtaining a license for their platform before acquiring customers. They are also under heat for not registering their high interest crypto accounts as a security, which is an important classification that the SEC now requires of crypto companies offering these high interest accounts. These lawsuits further expand the reach of existing laws and regulations into the crypto space and provide precedent for future regulation to build upon.

Even though crypto is set for more regulation in the coming months, it doesn’t seem like all bodies of government are onboard. State level governments such as California and Colorado have already begun to push back against fast moving legislation in favor of a more deliberate or even supportive approach. In California, Governor Gavin Newsom vetoed a bill that would require crypto-based financial-service companies to get a license to operate. And in Colorado, lawmakers made it possible for residents to pay their taxes using crypto.

Over 50 digital asset bills were proposed in the last year. These bills cut across all items related to web3 from cryptocurrency, to NFTs, blockchains, and even CBDCs. Even state governments have begun to take action to queue up potential crypto-related legislation. To date, at least 37 states, including territories such as Washington, D.C., and Puerto Rico have explored laws intended to keep crypto in check.

While it is easy to look at this regulation as a gut-punch to the crypto and blockchain industry, it does provide a level of legitimacy to the space that hasn’t been seen before. Operating in an unregulated industry can be a challenging process and the ambiguity of potential legislation can often stunt entrepreneurs.

Now that the U.S. government is setting guardrails for crypto companies, entrepreneurs can better direct efforts into business opportunities that have staying power. Venture Capital firms that have stood on the sidelines might finally make their first investments into the space. Furthermore, companies that had mandates excluding crypto strategies due to legal ambiguity might now look to it as a legitimate opportunity. These regulations are, more likely than not, a major stepping stone for crypto to properly legitimize itself into the U.S. financial ecosystem.