What is Happening with Axie Infinity (Recap and Update) 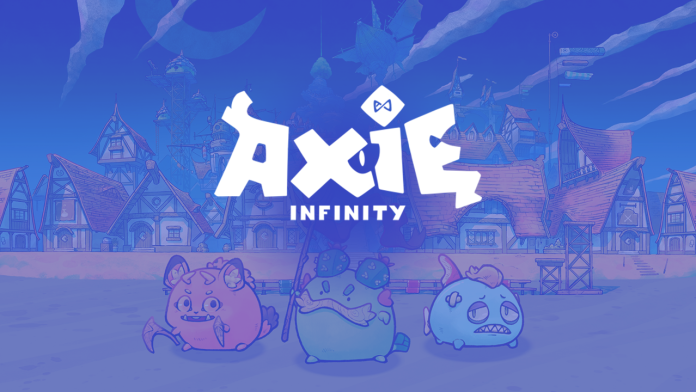 tl;dr Summary: It has been over 3 months since the Axie Infinity hack that stole over $600 million in ETH and USDC. Since then, Axie Infinity has investigated the issue, completed security audits to improve protections, and now relaunched their Ronin Bridge. The relaunch of the Ronin Bridge is critical to Axie Infinity following their early access launch of “Axie Infinity: Origin.”

Back in late March, Axie Infinity was hacked and over $600 million in ETH and USDC was stolen from the Ronin network. Ronin is a central part of the Axie Infinity ecosystem, acting as a bridge between the sidechain network and Etheruem’s mainnet. While blockchain games are supposed to run off a decentralized system, the game boasts a more progressive democratic system—keeping a more centralized infrastructure in the form of the Ronin Network but leaving central decisions regarding the game’s future in the hands of its player base.

Following the hack, the game has experienced a major decline from its peak. In August of 2021, the game saw over $800 million in NFT trades over a 30 day period but data over the last couple of months shows that total value traded dropped over 90%. This over 90% drop from the game’s highs are consistent with the decrease in AXS value and SLP value—the respective in-game governance and reward token.

The game which used to bring over 2.5 million weekly active users onto the Axie universe has seen an over 60% reduction in its player base. With all this in mind, many are left wondering whether or not the relaunch of the Ronin Bridge will bring back the old ferver the community had over the game.

To better understand this, let’s revisit the hack, what they have done to remedy it, and where the game could go from here.

How the Hack Happened

Axie Infinity, before their hack in March 2022, was the most successful NFT-based video game in total trading volume to date. With millions of players and billions of NFT transactions during 2021, it seemed like the game had created a compelling case for Play-to-Earn blockchain games.

However, a hack conducted by North Korea’s Lazarus Group that drained the game of over $600 million changed the entire narrative. Instead of a narrative of new technology finding a place in video games, the story of Axie Infinity has become a cautionary tale of new-age Play-to-Earn models.

The hack was accomplished by having a fake company reach out to senior engineers and lacing job offer PDF’s with a virus. This sophisticated hack allowed the hackers to take control of validator nodes in the Ronin Network and efficiently empty the game’s treasury through the network’s own system logic. Because the Ronin Network only utilizes 9 validator nodes, the hackers only needed to take control of 5 nodes in order to control transactions on the system.

From this point, it was easy for hackers to validate fraudulent transactions and then proceed to wash the proceeds through transaction mixers like Tornado Cash—breaking the connection between source and destination addresses and ending the digital money trail that authorities could otherwise follow.

On June 28th, 2022, the Ronin Bridge was relaunched and Axie Infinity developer Sky Mavis announced several security changes that have been validated by both internal and external auditors alike.

In addition to these changes, the company has also put limits on the amount of money that can be transferred out at a specific time. If an amount above certain limits is being withdrawn then the bridge will shut down to further validate before an approval is made.

Since the hack, Sky Mavis has been committed to returning the lost funds to users citing that, although the crypto space is still young and dangerous, users shouldn’t have to lose their funds on their platform. To date, Axie Infinity has returned over 117,000 ETH and 25 million USDC to affected users which would amount to over $150 million in total assets as of the end of June.

In addition, the company still has commitments to pay at least another 102,000 ETH to wallets both that are a part of the Axie DAO and the Ronin Bridge that were connected to the Binance Smart Chain.

Amidst all this, Axie Infinity has trudged on through their game development roadmap launching their much anticipated Axie Infinity: Origin on April 7, 2022. The new version of Axie Infinity adds a number of new gameplay features and quality of life improvements such as a lower barrier of entry for the game.

Originally, the game required you to purchase three Axies on the game’s marketplace to begin playing. This resulted in players having to put up a minimum of $300 just to see if you want to continue playing. Now, with Axie Infinity: Origin, users start off with the required number of Axies before investing in upgrades.

With the more accessible version of the game in early access, it will be interesting to see whether the game can reach the wider audience the company is hoping to target or if residual sentiment from the March 2022 hack continues to persist through future releases of the game.