What’s Going On With the Falling Price of $ETH? 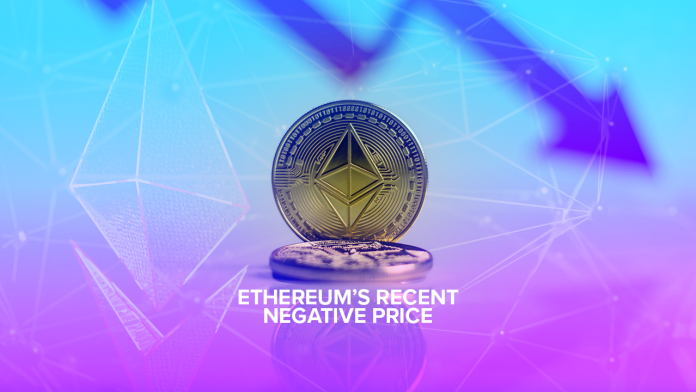 tl;dr Summary: Ethereum’s ‘merge’ from proof of work to proof of stake continues to inch ever closer. Despite this, $ETH fell by nearly 30% in the month of May. What is going on with the world’s second biggest cryptocurrency? Few things: demise of $UST, bleak macro-economic outlook, Ethereum’s recent reorg, and uncertain dates of The Merge.

The Ethereum ‘merge’ is highly anticipated in the crypto sphere. The move from proof of work to proof of stake is generally considered to be a bullish milestone, dramatically cutting energy usage and laying the foundations for highly scalable ‘shard chain’ implementation. Despite the upcoming merge, the price of $ETH slid 29% over the course of May.

The demise of $UST, combined with a bleak macro-economic outlook joined forces to make May a brutal month in the crypto markets. Even so, Ethereum’s losses were almost double those sustained by Bitcoin over the same period, when compared in percentage terms. It seems to many that Ethereum has severely underperformed given the hype around the upcoming merge, leading many to question what’s going on behind the scenes?

In late May, the Ethereum network suffered its longest re-org in many years. This did not cause serious consequences for network users, however highlighted a potential security flaw with regard to the merge.

To understand the logistics of the re-org requires a basic understanding of how a blockchain works. Re-orgs occur when network validators disagree on which block was last added to the blockchain, causing the network to fork into two parallel chains. Eventually, the validators form a consensus on which is the ‘correct’ chain, and continue to build upon that chain only. The number of blocks that are added to the ‘incorrect’ chain determines the severity of the event, and these blocks are rendered invalid.

Short re-orgs of 1-2 blocks are common, occurring due to network latency. Although there are some negative connotations of short re-orgs, they are generally not a big security risk. During a larger re-org, malicious actors are potentially able to exploit the fragmented network. This is done by attempting to transact on both parallel blockchains simultaneously, in what is known as ‘double-spending’. This security vulnerability can potentially lead to large exploits.

Martin Köppelmann, co-founder of DeFi provider Gnosis, publicly raised the issue on Twitter on May 25th. Köppelmann stated that the 7-block re-org was the largest seen on Ethereum in years. Fortunately, users of the Ethereum mainnet were unaffected, as it occurred on the Beacon Chain. The role of the Beacon Chain is discussed in this previous article explaining the mechanics of the merge, but it is key to the upcoming merge. The Beacon Chain will essentially co-ordinate the Ethereum network after its transition to proof of stake.

After thorough analysis, it appears the re-org took place due to a recent validator update, known as ‘proposer boost.’ As this update was conducted as a ‘soft-fork,’ validators were gradually updating their systems to include the proposer boost update. This meant that on May 25th, validators across the network were using two different sets of protocols to evaluate new block proposals. When a late block came in on this day, it led to opposing views from updated and non-updated validators about which block should be added to the blockchain. It took seven blocks for the validators to eventually agree upon which chain was the ‘correct’ sequence.

It seems that the re-org would not have been able to happen after the Merge had taken place, as validators must hard-fork prior to the Merge to take on all available updates. Understandably however, the news spooked many investors, who feared the news represented an inherent vulnerability in Ethereum’s transition to proof-of-stake.

Gas fees on the Ethereum network have been in a consistent downtrend since December 2022, and in May fell below $3 for the first time in over 10 months. Gas fees can be seen as an indirect representation of demand for Ethereum’s blockspace, and reached dizzying heights around the peak of the bull market last year. This was associated with significant network congestion, as consumer interest in Ethereum peaked.

Given the consistent downtrend of crypto markets since the turn of the year, it is no surprise that demand for blockspace has fallen. As demand for the network falls, demand for $ETH inevitably falls with it. The ‘State of Ethereum’ Q1 2022 report by Bankless confirmed that network revenue fell to $2.4 billion in Q1, down from over $4.3 billion in Q4 2021. It is worth nothing however that this still represents a 46% annual increase from Q1 of 2021.

After the introduction of EIP-1559, a small amount of $ETH is burned with each network transaction. With less transactions occurring on the Ethereum network, less $ETH is burnt. This allows supply to increase further, which in turn suppresses price. Data from Watch The Burn shows a gradual increase in supply since January 2022. Many anticipate that the mechanics of the merge will reverse this, making $ETH deflationary, however it is important to consider that this depends on sufficient network activity to maintain a high burn rate.

The final factor contributing to negative market sentiment around $ETH is the ongoing wait for a confirmed merge date. This week it was announced on the Ethereum Foundation Blog that the longstanding ‘Ropsten’ testnet is expected to complete a test merge in the coming days. Developer Tim Beiko described this move as ‘the first dress rehearsal’ for the mainnet merge. If all goes to plan with Ropsten, there are two further testnets to complete merge testing: Goerli and Sepolia. Once all testnet merges are complete, the stage is finally set for the mainnet to merge.

Vitalik Buterin recently stated that this could occur between August and October, in keeping with generally expected estimates of Q3/Q4 2022. The Ethereum Foundation Blog refused to commit to any dates however, simply stating that the final date depends on progress through the ongoing testing. Answering their own ‘FAQ’ of ‘Wen Merge?’ the blog stated:

Ethereum holders will certainly hope a successful merge comes ‘soon’, and acts as the catalyst for a change in fortune for $ETH. Further delays are unlikely to be well received by the markets given current conditions, however given that Ethereum holds a total value locked (TVL) approaching $70 billion, it’s probably not a process that should be rushed…