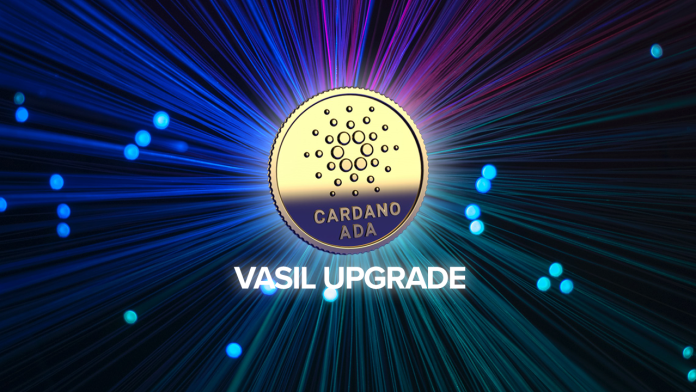 tl;dr Summary: After a few delays, the Cardano community finally got the much-awaited Vasil upgrade. The new version promises greater network throughput and smaller transaction costs for the Cardano user.

The ADA community finally got the highly anticipated upgrade to Cardano in the form of its new Vasil hard fork on September 22. The launch, earlier scheduled to be released on June 29, got delayed twice because of some non-critical bugs the team found during testing.

Like Ethereum, Cardano is also a layer-1 smart contract platform that runs a variation of the proof-of-stake consensus protocol called “Ouroboros.”

Cardano was founded by Charles Hoskinson, who was part of the original team that built Ethereum. In 2014 he parted ways with Ethereum to start the Input Output Hong Kong foundation and created Cardano.

Cardano has its own native coin called ADA, which, unlike ETH, is a deflationary coin with its supply capped at 45 billion. It also enjoys lower transaction fees and a better transaction per second (TPS) than Ethereum.

At the moment, Cardano is the number 8 blockchain by market cap.

How does Vasil change Cardano?

The Vasil hard fork is a backward-incompatible update to the main network that will enhance smart contract capabilities, increase chain throughput, and cut expenses for Cardano.

IOHK is confident that this change will allow for new and improved DApps (decentralized apps), which would be cheaper to run.

An NFT project called Artano, running on Cardano, has reported a massive 90% reduction in script size and a corresponding cost cut of over 75%, proving the upgrade’s claims.

Another significant improvement pushed as part of Vasil is “diffusion pipelining.” Diffusion pipelining is a change to the underlying protocol that speeds up the exchange of information about freshly formed blocks across network users, enabling even higher throughput.

According to IOHK, diffusion pipelining is more than a one-time change. It is designed to improve scalability by enabling even more performance enhancements down the line.

Finally, other changes in Vasil will also enable faster block validation and network sync times which will translate to better user performance.

The new upgrade impacted the price of ADA as it rose to $0.48 before gradually dropping to $0.45.