Avalanche Foundation Launches Multiverse. What is this $290M Program? 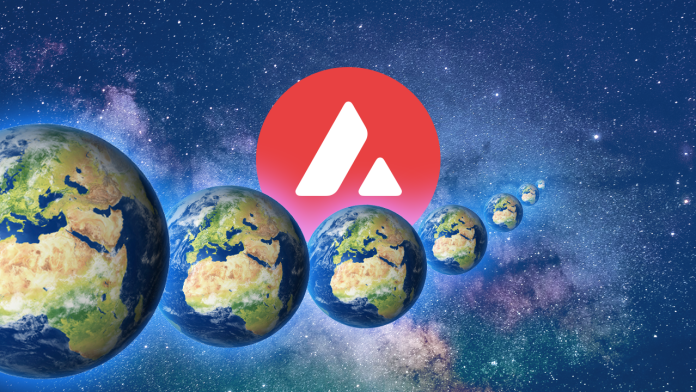 tl;dr Summary: Avalanche Foundation officially launched the Multiverse. Multiverse is an incentive program which is focused on growing Avalanche’s Subnet platform. This program has the potential to grow the most popular parts of crypto, like DeFi, GameFi, and NFTs. What does this Multiverse program mean not only for AVAX, but the industries on which it is focusing? What are some projects that Avalanche is focusing on with their incentives?

Recently, the Avalanche Foundation launched the Multiverse. Multiverse is an incentive program of up to 4M AVAX coins (or up to $290M) which is focused on growing Avalanche’s Subnets. These subnets are designed to be an ecosystem of different blockchains focused on certain aspects of the crypto world. The Multiverse program is focused on providing incentives to new ecosystems in the realm of DeFi, blockchain-enabled gaming (GameFi), and NFTs with use cases.

What does this Multiverse program mean not only for AVAX, but also for the blockchain industries on which it is focusing? What are some projects that Avalanche is focusing on with their incentives?

What is AVAX (Avalanche)?

In order to understand how the Multiverse Program helps Avalanche achieve its goal, we must first learn about Avalanche.

Avalanche is a scalable blockchain whose goal is to become a platform for decentralized applications (Dapps) and DeFi. This makes it an Ethereum rival, as Avalanche wants to become the most popular blockchain for smart contracts.

What is a smart contract? According to IBM, “Smart contracts are simply programs stored on a blockchain that run when predetermined conditions are met. They typically are used to automate the execution of an agreement so that all participants can be immediately certain of the outcome, without any intermediary’s involvement or time loss. They can also automate a workflow, triggering the next action when conditions are met.” Smart contracts can make certain processes faster and easier, since they can automate part of the process.

Avalanche also aims to be a fast and cheap network, thus making it more efficient than Ethereum to use. AVAX network’s gas fees cost around $1 per transaction, and while slightly more expensive than other blockchains, it is still much cheaper than Ethereum, which is currently over $10. Avalanche accomplishes their low gas fees, high scalability, and decentralization by running on three blockchains.

One of the most intriguing things on Avalanche’s platform are their subnets. What are subnets? According to Decrypt, “Subnets, also called subnetworks, are validators that allow others to establish their own Layer 1 or Layer 2 blockchains on Avalanche [emphasis added]. Because Avalanche is proof-of-stake, projects can become validators by staking $AVAX tokens.” In simpler terms, this means Avalanche allows projects to set up their own blockchains inside of the AVAX blockchain.

To sum it all up, Avalanche is a blockchain competing with Ethereum to become the most popular home for DeFi, Dapps, and everything in between. Avalanche also aims to be a vast smart contract platform.

Avalanche Rush was an extremely successful program. Since its launch in August 2021, Rush has helped Avalanche increase its TVL (total value locked) from $312M to $16B, transactions from 4M to 112M, and a growth of over 2M new unique addresses. Avalanche Rush is still an ongoing program.

However, in order for the Multiverse Program to work, they need good partners to promote their program. Let’s take a look at some companies with which Avalanche will be partnering.

According to Avalanche, Ava Labs—a core developer of Avalanche—“will collaborate with the Aave Companies, Golden Tree Asset Management, Wintermute, Jump Crypto, Valkyrie, Securitize and others to build the first horizontally-integrated blockchain specifically engineered for Institutional DeFi with native KYC functionality. This will enable regulated institutions to leverage the power of Subnets to access DeFi primitives at scale and accelerate the institutional adoption of DeFi.”

Many people in the companies Avalanche is partnering with are very excited about the idea of AVAX subnet and the growth of DeFi. Here are some responses from the official Avalanche Medium page:

“Avalanche Subnets enable us to create an ideal environment for institutions to migrate on-chain and experience the power of DeFi protocols first-hand as users rather than just as investors,” said Stani Kulechov, Founder and CEO of Aave. “This is a significant leap toward a future where the barriers between traditional and decentralized finance cease to exist.”

“Subnets will be the next growth engine in crypto, enabling novel functionality only possible with network-level control and open experimentation on a scale we haven’t yet seen,” said Emin Gün Sirer, Director of the Avalanche Foundation.”

As shown from some of these responses, both sides of the partnerships are very excited about the potential of subnets and the acceleration of DeFi in an institutional environment.

All in all, the Avalanche Multiverse Program has the potential to do great things for many of the most popular spaces in crypto. DeFi, GameFi, NFTs and more can all see great growth in the future with the success of Avalanche.

What do you think about the Multiverse Program? If you are intrigued, you can comment your opinion in the comment section below this article.