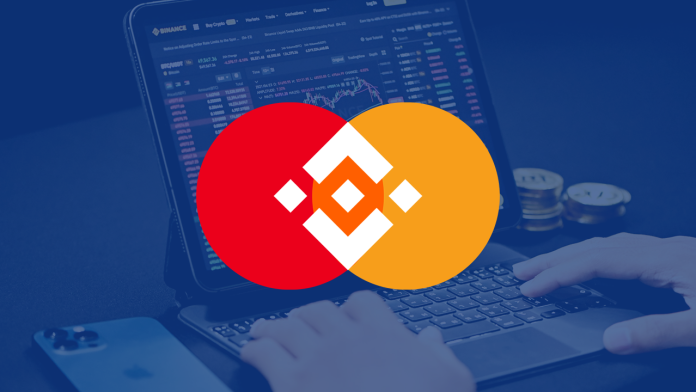 tl;dr Summary: Binance has teamed up with payments giant Mastercard to launch a prepaid card in Argentina. The card is expected to be widely available in the next few weeks, and will provide an alternative payment solution for an Argentinian population struggling with rampant inflation.

Binance is the world’s largest cryptocurrency exchange, processing more daily transactions than the next four exchanges combined. CEO Changpeng Zhao, known as ‘CZ’, has made no secret of his ambition to promote the global adoption of cryptocurrency. This week, the exchange announced that they had partnered with Mastercard to launch a prepaid crypto card in Argentina.

The new card is expected to be widely available in the coming weeks, and will allow “new and existing Binance users in Argentina with a valid national ID” to make purchases in cryptocurrency. The card will be accepted at any of Mastercard’s 90 million merchants worldwide. The current list of accepted cryptocurrencies for the card is BNB, BUSD, BTC, ETH, USDT, USDC, ADA, DOT, SOL, MANA, and SXP.

A cardholder’s crypto will be held in native form, and only converted into fiat currency at the point of purchase. Merchants will receive funds in the form of fiat currency. The card will feature seamless integration with the Binance app, with users able to view their card transaction history and access customer support from within the app. To sweeten the deal for Argentinians, frequently expensive ATM withdrawals will be free when using the card, and they will be able to earn up to 8% cashback rewards in BNB on specific purchases.

This is not Binance’s first foray into the crypto payments space. In 2020, the exchange teamed up with payment giant Visa to introduce the Binance card to residents of the European Economic Area. In April of this year, the exchange then launched their humanitarian ‘refugee card’ initiative, in which displaced Ukrainian residents could apply for a Binance Card using their Ukrainian documents. The card was loaded with 75 $BUSD monthly for the first three months, and almost 70,000 cards were issued in the first two months of the initiative, proving the power of cryptocurrency to rapidly provide financial access to the ‘unbanked’ population.

Argentina will be the first country in Latin America to have access to the card. Crypto adoption is soaring across Latin America with rates of adoption growing particularly quickly in Argentina as citizens look for ways to escape rampant inflation. Inflation is a major issue for Argentinians and has been predicted to reach numbers as high as 90% by December. It is for these reasons that Binance and Mastercard are investing heavily in this new venture, which they hope will further catalyze mass adoption in the region.

Mimimiliana Hinz, general director of Binance in Latin America, described the potential of the partnership in the official press release:

“Payments is one of the first and most obvious use cases for crypto, yet adoption has a lot of room to grow. By using the Binance Card, merchants continue to receive fiat and the users pay in cryptocurrency they choose. We believe the Binance Card is a significant step in encouraging wider crypto use and global adoption.”

Interested parties are able to register for the card online or via the Binance app.