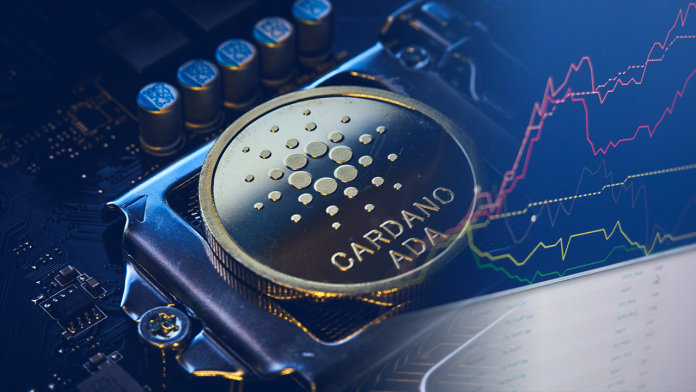 tl;dr Summary: Cardano has taken a slow approach to development that has worried some investors, but the ecosystem continues to grow at a surprising pace, including following their roadmap, new games, dapps, and NFT projects in testing and going live.

Software projects often like to move fast and break things. That is the very strategy that made companies like Meta (formerly called Facebook) so successful. The early developers of Facebook slapped together some code, made a simple user interface and shipped out what is now considered one of the most transformative software products the world has ever seen.

Many software companies today follow the very same principles that made the social media giant into a platform with over 1 billion users. Entrepreneurs and developers are taught to make a minimum viable product, or MVP, which can be iterated on and improved over time. The kinks can be ironed out later on.

Charles Hoskinson must have missed the memo when his company IOHK (Input-Output Hong Kong) launched Cardano in 2015. Since inception, Cardano has been notoriously methodical and slow with their approach to releasing software.

The developers at IOHK write academic papers on their software protocols and have them peer reviewed by world renowned computer scientists before ever writing a single line of code. Hoskinson and his team treat the Cardano project with the same criticality as is used for software in commercial aircrafts and nuclear power plants.

Cardano developers believe that security is paramount, especially as the network scales and starts seeing inflows of billions of dollars in assets from individuals, corporations and governments. You can learn more about Cardano here.

Despite this attention to detail and security, Cardano has many critics.

For several years, Cardano didn’t have much in terms of native assets or decentralized applications (dApps). All you could really do with Cardano’s ADA token was trade it on exchanges or stake it with a Stake Pool Operator (SPO) to earn yield. This gave Cardano a reputation of being a “ghost chain” by many critics on Twitter and other cryptocurrency forums.

That was until Cardano reached the third stage of their roadmap: The Goguen Era, in September 2021. This stage of the roadmap was when Cardano introduced Plutus, the software language that developers use to build smart contracts, dApps, fungible and non-fungible tokens on Cardano.

The excitement of native assets on Cardano along with significantly faster and cheaper transactions than other Layer 1 blockchains like Ethereum, led to the meteoric rise of the ADA coin price to $3.10 in September 2021. Since then the coin price has fallen significantly to below $0.50.

Despite the significant drop in coin price from all time highs, Cardano keeps growing. Cardano now has nearly 600 dApps as of March 2022, over 5 million NFTs minted and $100+ million of total value locked (TVL), the number of assets that are currently being staked on the network.

On June 1st, The Cardano Foundation released a monthly wrap up on Twitter of on-chain data that included:

The driving force behind this network growth seems to be the rising demand for Cardano-based projects. Cardano’s approach to making a secure and sustainable blockchain is attracting top talent ranging from blockchain developers, artists, musicians and video game developers.

In April 2022, Cardano NFT project Clay Nation announced a partnership with Snoop Dogg and his son Champ Medici. Clay Nation is considered a blue-chip NFT project on Cardano, meaning that many NFT investors see it as a stable, long-term investment. Clay Nation’s art is very unique for NFT projects, including from larger blockchains like Ethereum. The art is reminiscent of claymation films like Chicken Run, Wallace & Gromit and Gumby which Snoop Dogg claims was his favorite cartoon growing up. Having the backing of a major celebrity helped introduce a lot of new users to Cardano.

Another hyped project which saw massive growth in recent weeks was the Cornucopias metaverse project. Cornucopia promotes itself as a massive Play-to-Earn, Build-to-Earn, Learn-to-Earn blockchain based game. Their metaverse is being built with Unreal Engine 5 which is the world’s most advanced game development engine used to create photorealistic graphics for some of the most popular video games on PC, XBox and PlayStation. On June 7, 2022 the Cornucopia’s NFT land sale was completely sold out. At its peak it saw 5 million ADA in trading volume making it the largest NFT land sale on Cardano.

This is a very exciting time for Cardano users similar to the early days of Ethereum when decentralized applications were launching on their platform for the first time. There are several developments coming in the next few weeks that are also leading to some of the network growth as users eagerly anticipate new developments to the Cardano network.

The most highly anticipated event for Cardano is the Vasil Hard Fork marking the fourth stage in their roadmap. A hard fork refers to a radical change to the protocol of a blockchain network that requires all nodes to upgrade to the latest version of the software. For most blockchain projects, a hard fork normally results in the branching of the network into two separate blockchains.

For example, an Ethereum hard fork in July 2016 led the network to split into two networks: Ethereum (ETH) and Ethereum Classic (ETC). However, Cardano’s methodically produced infrastructure allows it to perform massive upgrades to their software without splitting the network or causing an outage for end-users.

The Vasil Hardfork was scheduled to take place on June 29th but it has been delayed to the last week of July to give developers time to fix any remaining bugs in the software.

Charles Hoskinson posted a video on YouTube explaining the delay after the announcement was released in a blog post on June 20th. In it he explained that after recent catastrophic events in the cryptocurrency space like the collapse of Terra-Luna, Solana’s constant outages, and the liquidity problems facing both Celsius and Three Arrows Capital, he has instructed Cardano developers to “measure three times and cut once” out of an abundance of caution.

The Vasil Hard Fork will be Cardano’s largest and most complex upgrade bringing new features to the Plutus language that will improve network scalability. Scalability is the ability of a blockchain to support an increasing load of transactions, as well as increasing the number of nodes in the network.

The new features include diffusion pipelining which will increase Cardano’s throughput, making transactions a lot faster and cheaper. Diffusion pipelining saves the time required to create a new block on the Cardano blockchain by performing several software functions concurrently. The amount of time saved by pipelining allows for bigger block size (the amount of data a block can store) as well as an increase in Plutus memory and CPU limits. This gives dApp developers increased flexibility to build larger and more complex projects on Cardano. You can read more about the Vasil Hardfork update here.

As of the time of writing, the Plutus upgrades are already software complete with dozens of teams testing their applications on the Cardano testnet and working through the bugs. Some of the applications include advanced lending and borrowing protocols, algorithmic stable coins and side-chains compatible with Ethereum-based projects. Cardano investors hope that an increase in the number of high-caliber projects building on Cardano after the upgrade can translate to a higher TVL and consequently a higher demand for ADA.

While it is unfortunate that many crypto investors are feeling the pain of the market downturn, the positive outcome of a bear market is that it often exposes projects with weak foundations that moved too fast and broke things. The Cardano community hopes that their slow and steady approach to building a blockchain eventually wins the race and helps it stand the test of time.