Hawaii’s Web3 Task Force: An Indication of Regulations to Come 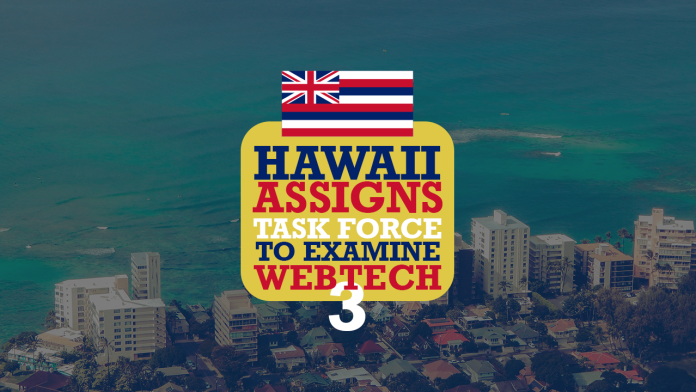 tl;dr Summary: Crypto has received minimal attention from lawmakers over the last decade but recent activity has reinvigorated and expedited conversation on regulating digital assets. Hawaii’s efforts to establish a web3 task force is an indication that both state and federal government are gearing up to actively establish crypto and web3 regulation in the coming years.

In May, the Hawaii State Senate approved Senate Bill 2695 (SB2695) declaring the establishment of a blockchain and cryptocurrency task force. The creation of the task force follows Biden’s March 2022 “Executive Order on Ensuring Responsible Development of Digital Assets” where he calls on the federal and state governments to examine the risks and benefits of cryptocurrencies.

But why now and what does this mean?

In the past, federal and state governments alike have taken a mostly hands off approach to the strange world of crypto and elected to only intervene in rare scenarios such as the Initial Coin Offering craze of 2017 and 2018.

However, crypto’s exponential growth and growing concerns regarding so-called stablecoins have reinvigorated conversations on the government’s role in regulating digital assets. These conversations started with crypto hearings and tax bills towards the end of 2021 and more recently with remarks from Janet Yellen, the Treasury Secretary, in May. The direction that the US government is headed with crypto is clear: there needs to be more regulation.

What does this mean?

While the direction is clear, how the government exactly intends to accomplish this regulation isn’t. Biden’s “Executive Order on Ensuring Responsible Development of Digital Assets” which was made in March of 2022 is intentionally broad and spans across numerous areas such as consumer protections, financial stability, security, financial competitiveness, inclusion, and innovation.

This has left both federal and state governments with the monumental task of understanding crypto and regulating it across all these areas within a protracted timeline. States, which have been looking primarily to the federal government to lead the charge, are now being tasked with actively investigating and regulating crypto. This has led to an explosion of bills across the federal and state levels within the last year.

Hawaii is the latest state to join in on regulating crypto at a state level, taking the approach of exploring potential web3 regulations through their recent bill, “A Bill for an Act Related to Cryptocurrency.” The bill looks to accomplish a couple of things:

2)      Compile an overview of potential legislation

The task force set up by Hawaii’s government will consist of 11 individuals, including representatives from blockchain payments solution companies, cryptocurrency exchanges, and cryptocurrency associations. With a broad set of experts included in the task force, it is Hawaii’s hope that they can fulfill the executive order made by Biden by examining ways the government may regulate and even potentially utilize web3 technology for their own use.

Hawaii is Not Alone

As mentioned earlier, Hawaii is not alone with their crypto efforts. Most states in the US, according to research from the National Conference of State Legislatures, are considering or enacting crypto-related bills and the federal government has become increasingly active in their efforts to regulate the new technology.

But the US is not alone in their efforts to manage cryptocurrency. On a global level, the European Union (EU), South Korea, India, and other governmental bodies have jumped in to provide regulations around these innovations in an attempt to establish guidelines for aspiring crypto businesses.

·         In the EU, they have proposed a legal framework that crypto companies must abide by to get licenses and conduct business in member nations.

·         In South Korea, cryptocurrency exchanges must register with the South Korean Financial Supervisory Service (FSS) and abide by their appropriate rules.

·         In India, they decided to formally recognize crypto trading but are implementing an income tax of 30% related to virtual asset transfers.

If 2021 was a year of governments dipping their toes into the wild world of crypto, 2022 and 2023 are looking to be cannonball years for crypto regulations. Even though the US only really started researching crypto’s impact in the beginning of 2021 through the “Eliminate Barriers to Innovation Act of 2021” bill the year still ended with 35 different crypto related bills.

With the increased flow of research both at a federal and state level, along with the imperative to prevent future consumer risk like what happened with LUNA, the next couple of years are shaping up to be critical in establishing how decentralized and supported crypto can and will be.