Web3 and NonProfits? The Unusual Partnership 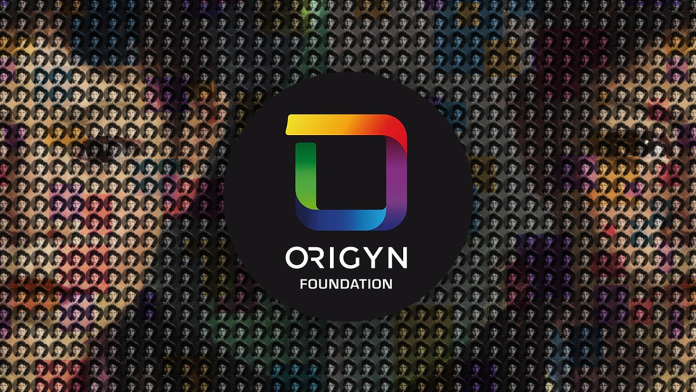 tl;dr Summary: Web3 has found its way into the charitable giving space and has created new avenues for people to engage with nonprofits. Whether it be through NFTs or DAOs, web3 is demonstrating how its technology can be adapted to provide consistent financing channels for charities.

Web3 is becoming a relevant part of charitable fundraising and it looks like it is here to stay! Whether it be the once-cultish space of NFTs or the organized management of a DAO, web3 has slowly begun to establish itself as a viable avenue for charities to fundraise.

If you have hung around the nonprofit space for long enough, you will know that fundraising is one of the most difficult parts of the job. With almost 80% of nonprofits having a budget of under $1 million and the median employment of a nonprofit employer business being 4 employees, it is no wonder why a single NFT donation can be groundbreaking for an organization.

If you look at the recent NFT projects that have been dedicated to charitable giving, we already have some stunning results. Some of the largest single donations from NFT projects include Art Blocks donating over $26 million to charities, Floki Inu’s $1.5 million donation to Million Gardens Movement, and Jack Dorsey’s $2.9 million donation to charity via the sale of his first tweet NFT.

While these are all fascinating examples of proceeds from NFT sales being donated to charities, these examples do lay the groundwork for how web3 technology can potentially integrate with charitable giving. There is a handful of ways that NFTs have found a home in web3 that stand out as particularly clever:

1)      NFT Marketplaces: NFT marketplaces specialized in giving charitable donations have become prevalent. A couple of examples of these include DoinGud and Niftable.

2)      NFT Mints: When an NFT is minted, details in the smart contract can include where the proceeds of a sale should go. Some services like Niftable will help make sure that the smart contract is written with the charity in mind so proceeds from sales go to them directly.

3)      Direct Sales: Direct sales of NFTs through a campaign has been a primary method of raising charity funds. Whether it be corporate, celebrity endorsed, or charity-created, NFT sales where the proceeds go directly to a charity has been most prevalent.

While DAOs have been discussed a lot in the context of disrupting businesses and venture capital, the talk about DAOs in the social impact space has only picked up more recently. 2020 and 2021 seemed to be landmark years for these organizations as dozens of DAOs began to spring up with the objective of building a more engaged and direct charitable giving process. Organizations like Kimbal Musk’s Big Green DAO, which was created in 2021, are a testament to the interesting projects going on in the DAO ecosystem. The following are some notable types of DAOs:

1)      Grants DAOs: DAOs designed to facilitate nonprofit donations and strategically deploy money to organizations that fit their ideology. Examples of these DAOs include VitaDAO and DreamDAO.

2)      Social DAOs: DAOs focused on bringing together like-minded individuals such as builders, artists, giving circles, and creatives. Examples of these DAOs include Friends with Benefits DAO and ApecoinDAO.

3)      Philanthropy DAOs: DAOs that progress social responsibility by organizing and acting on a shared purpose/mission. Examples of these DAOs include UkraineDAO, Big GreenDAO and ClimateDAO

While NFTs and DAOs are the primary ways for people to give back, there are also a few standout services that are worth mentioning.

The first of the two is The Giving Block, which makes it easy for potential donors to donate different types of crypto to a charity or nonprofit. This type of charitable giving has provided an avenue for donors to give to interesting charities. Between 2020 and 2021, the yearly volume of crypto donations The Giving Block received grew by over 1500%. This, along with the average crypto donation of approximately $10,000, has opened the gates to large donations through many donors’ preferred channel. The Giving Block currently helps more than a thousand mission-driven organizations and says it has helped raise millions.

Another organization of note is Rewilder.xyz, a new organization that is using NFT auctions to raise funds to buy land for reforestation in the Amazon. The organization also further leverages NFTs by creating one each time a donor gives 1 ETH. The NFT created entitles the owner to receive updates about the land they helped purchase. Rewilder.xyz has raised over $250,000 and is likely to see more success through their innovative approach to giving.

Web3 seems to have found an interesting niche in social impact and is likely to continue to grow as the technologies evolve. As these initial projects test the waters of web3 integration with charities, it is likely we will see new creative integrations of web3 with nonprofits. One thing that the nonprofit space has long struggled with is the idea of collaboration.

Due to the structure of grants and funding, nonprofits are often disincentivized from both innovating and collaborating. But with web3, there shows some promise of flipping these trends. Recent partnerships like ORIGYN Foundation and UEFA Foundation for Children seem to be paving the way for nonprofits to integrate technology into their funding strategy. Projects like these are a reassuring sign that technology and collaboration do have a place in nonprofits.