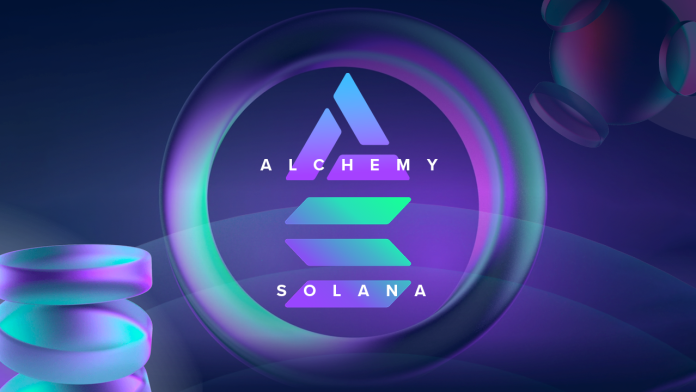 tl;dr Summary: Alchemy, a web3 API provider, announced on Jun 2nd, 2022, that it is now compatible with Solana. With the launch of its Supernode for Solana, developers can quickly launch, iterate and scale dApps on blockchain.

Alchemy is the top provider of Web3 API (application programming interface) to the Ethereum, Polygon, and EVM compatible layer2 chains like Optimism, Arbitrum, and StarkNet.

Behind the scenes, it runs a massive distributed and scalable infrastructure of systems called a Supernode. Like the AWS (Amazon Web Service), Supernode allows seamless, scalable, reliable, and accurate interaction using the APIs with the underlying blockchain.

With Alchemy, developers do not need to spin their own nodes to interact with the blockchain, reducing their development time and removing the extra burden of creating and maintaining a node. It comes at the cost of increased centralization, as all interaction between dApps and the blockchain would go through Alchemy instead of independent nodes added to the network.

Alchemy is in use by several big-name dApps, including Aave, dYdX, OpenSea, and SuperRare, to name a few. And now, Solana developers can get the same benefit to build and grow their apps more quickly and easily.

In a growth environment, developers will always welcome any service that will make their jobs easier. Creating and running an Ethereum or Solana node is not cheap, so having a service like Alchemy shines through.

Alchemy recently raised over half a billion dollars in funding and reached a valuation of $10.2 billion.