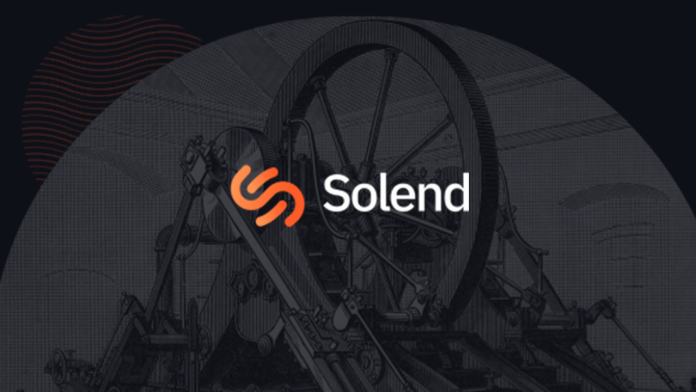 tl;dr Summary: Over the weekend, Solend, a lending platform on Solana’s blockchain, feared a massive liquidation event due to a whale’s oversized holdings. In an attempt to stop this, a vote was initiated for Solend to take control of the whale wallet and manage it directly. This vote was ultimately overturned but it brought up issues of ownership, trustlessness, and governance systems.

In order to manage the protocol, Solend also operates a decentralized autonomous organization (DAO), or at least the wallets thereof. In the whitepaper, the DAO’s treasury is to be used as insurance to reimburse users who are affected by some big change on the platform, such as oracle-based liquidations. No governance votes had happened before June 19, 2022.

Another type of liquidation that can occur is when a borrower’s position needs to be adjusted to balance the lend to borrow ratio. This is an attempt to keep the liquidity pools on a protocol full enough that users can withdraw their assets.

One Wallet to Rule Them All

What happened over the weekend is that one wallet—which happened to be the largest holder in Solend—had a very large margin position. A margin position is the amount of collateral an individual deposited with the protocol that is supposed to cover the risk of the amount that they are borrowing. Most DeFi protocols have an allowable ration that will be automatically rebalanced if it gets out of whack.

This particular whale had deposited about $170 million USD (5.7M SOL) and borrowed $108 million USD in stablecoins. The concern that Solend had was that if the value of SOL dropped low enough, the whale would have to liquidate (or sell) 20% of their borrowed assets, which was about $21M USD.

That’s a lot of money for a platform to have to balance all of a sudden. There’s even a risk of the entire Solana network going down again, as this volume of liquidation has caused before.

After finding out about this risk, a lot of Solend users withdrew their stablecoin positions, causing the liquidity pool to be unable to pay out any more assets. This meant that if the whale needed to be liquidated, it wouldn’t work.

If a position can’t be liquidated, the values of the original deposited asset and of the borrowed asset will be negatively affected. Essentially, the entire protocol could stop working, with no one being able to withdraw their assets.

Solend tried to reach out to this whale to get them to reduce their position but were unsuccessful in making contact. Solend tried a few other things, such as reaching out to market makers and other protocols to try to set up more liquidity to protect their users from this risk.

However, none of this was enough.

After almost two weeks of no activity from the whale, a proposal named “SLND1: Mitigate Risk From Whale” was issued to the DAO that, if approved, would do two things:

To clarify, the second aspect of the proposal doesn’t mean they are accessing the whale’s wallet directly. Rather, they are just accessing the funds that the wallet deposited on the platform. One way to think about it is like putting money in a bank account: I’m the only one that knows my pin number for my card and has the wallet I store my card in, but the bank can still move my funds around as they see fit since the funds aren’t cash in my pocket (assets in my wallet).

It should be noted that this was the first governance proposal submitted by the Solend DAO.

The exact distribution of the votes can be seen on its Realms.Today DAO page.

Many users conveyed their dismay and concern in the comments on the proposal itself:

Not all users were unhappy with the decision and expressed their appreciation for the focus on the community’s broader interest.

Four governance concerns came up with this proposal:

At the time of writing this article, on Monday, June 20, the Realms.Today DAO proposal page failed to load more than once. So, although we don’t have proof that the site was not working during the initial SLND1 vote, we have first-hand experience that it is not always functional.

The wallet owner who leveraged 98% of the vote was supposedly not on Solend’s team and spoke out in the Solend Discord, explaining their reasoning. They claim that “with power comes responsibility, and the whale is showing none. But if we can work out a better solution and it seems like the market is giving us a bit of time, I think I’m in favor of SLND2.”

SLND2 was the second proposal placed mere hours after the SLND1 vote passed due to the outrage from Crypto Twitter and the Solend community itself.

Despite this proposal supposedly having only 6 hours to vote, and Solend claiming it passed 10 hours ago at the time of this writing, the voting page currently says “Completed” though the timer shows approximately 7 and a half hours of time remaining.

SLND2 proposed an override of SLND1, an increase to the voting time from 6 hours to “1 day”, and time to work on a new proposal that provides a different solution than taking control of the whale’s wallet.

The account that had 98% of the first vote did indeed vote again in favor of the second vote, capturing 98% of that vote also.

Both proposals passed. The whale’s wallet was not taken control of, supposedly, as its positions still remain. The Solend team and community are working on a new proposal for a solution that does not include controlling someone else’s wallet.

Despite being back at stage one, essentially, the community is still split on what the best course of action was and will be.

Some voters expressed concern that a second vote was taken to override the first, as that sets a precedent for future proposals not necessarily providing the certainty that a voting outcome should.

The overall experience has left a bad taste in people’s mouths. Governance is clearly out of balance when one person carries the weight of 98% of the vote and one proposal can be immediately overridden by another. DeFi platforms that are supposed to be trustless are showing more and more frequently that they have more control than users may like to think.

This brings up questions about how to move forward, which platforms are trustworthy (if any), and how strict rules about margins should be. None of these are easy answers, and different protocols and communities have different solutions. Only time will really tell which will prove safer and more resilient.